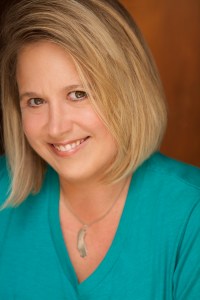 About Raani York:
Raani York has been a high volume writer for years. She has published articles, letters, short stories, poems, continuation stories and descriptions of all kind. She also writes novels, some of which can found on her website.

Raani has been educated in Switzerland and in the U.S. She holds a Bachelor’s Degree in Business Administration. She also obtained diplomas in Graphic Design, Color Studies and won a prize as a Logo Designer. She speaks four languages and several dialects.

Raani York works and lives in Switzerland and the U.S. and travels often.

What inspires you to write?
Writing was always a pleasure for me. While other students complained about writing essays I happily started scribbling… Writing to me is freeing my creativity. I love it to create worlds, countries, characters, personalities, even creatures. I do love the writing itself and diving into a world of imagination. And no, I don’t try to escape reality. It is more a way to create and a need to write and that’s what I do.

Tell us about your writing process.
I take a paper note pad and a black ink pen and wait what happens. Of course I have a raw draft in my head, but all the details, complications and additional ideas are forming as I write. It is to me the most simple process to write my books.
Once the manuscript is completed in its raw form on paper, I do “type” it into my computer. Re-reading it from the paper to get it in electronical form lets me recognize “plot mistakes” or faulty details, but I hardly really change things that happen in the book during this process.
After that I let it sit for a while before going through again, correcting more mistakes, typos and so on – and a third time before it goes into editing.
Coming back from there I look for a cover designer and then I prepare the book for publishing.

For Fiction Writers: Do you listen (or talk to) to your characters?
As the book processes I sometimes do to find out more about them. I have created their personalities and characters. When something new and unexpected happens to them, how will they react? What will they do or say? Sometimes, when it’s an “enemy” character, it is unequally more difficult to “read” them and kind of a “conversation” makes it easier for me to define their respective reactions.

What advice would you give other writers?
First of all: try to do whatever you feel like doing. I have been told my writing process with the first draft on paper is very old fashioned and not how a “writer should work”. Do I care? No. I will do it the way that works best for me, and will keep on doing it this way, no matter how much longer it will take.
Then: be convinced of your story! Don’t let anyone tell you that something isn’t right. It’s your book and your story.
And third: never give up!! You worked hard for your book – now work hard for the success of your book. So many Authors are doing the same thing – me amongst them.

How did you decide how to publish your books?
I tried for a long time to find a literary agent to work with me – tried to find publishers to work with me – and got rejected and disappointed so many times. There were plenty of so called agents and publishers who tried to screw me over, disappointed me, hurt me and again, tried to get money out of me. I am grateful for my legal support who more than once saved my neck from being financially “robbed”.
At the end I decided to self publish and that’s what I did. To me it is apparently the right way to get my books “out there”. It took a long time until I finally followed this path.

What do you think about the future of book publishing?
Until I finally decided on this avenue to the prestigious world of being a published author, I distressingly gained the impression that entering the writing realm is as formidable as trying to rent a boat when you’re not a member of the yacht club. There appears to be a ‘circle of insiders’ with a deliberate agenda to stay ‘exclusive’, and stymie newcomers at every opportunity, no matter how hard one works or tries. And the more intensely one tries, the more clear it became that to most of us there is NO ACCESS allowed.
I could easily imagine that one of the reasons self publishing has become so popular, within such a short time, has been the inflexibility and inability of the ‘old traditional publishing companies and agencies’ to open up to new authors and talents. This strict denial to give us new authors a chance, might have led to them breeding their own competitors outside their reach and control.
On the other hand, ‘having the monopoly on publishing’ with their petty ‘inner circles’ may have resulted in a certain inertia occurring in the ranks, and it just might have been time for the literary world to become a little aerate?

What genres do you write?: Fantasy, Young Adult