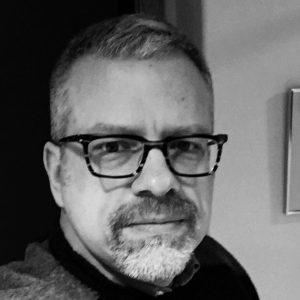 About R. Scott Tyler:
My name is R. Scott, but I also go by Bob. I’m a voracious reader and a technophile. I think the tech part comes from the engineer side of my brain, which is pretty well developed. I’ve traveled a lot of the world and worked with teams from across the globe designing and improving equipment and processes. I love the travel and I love the people I’ve met, but my imagination always wanted more. I’ve published two books as an Indie-author and am at work on the third book in the same series called SMUGGLERS IN PARADISE. The series follows a family from troubled beginnings before World War II through parenthood, sibling rivalry, breaking of ties and reunion. The characters are male, female, gay, straight, young, old, Asian and Caucasian and while there is a lot of travel in the story, the key focus is on smuggling, drugs, human trafficking, kidnapping, and Triad / Mafia connections.

What inspires you to write?
My latest book is called ONE FISH, TWO FISH, BIG FISH, LITTLE FISH: SILVER DAWN. This book is inspired particularly by my recent travel to the Philippines and to several past trips to Southeast Asia, China, and Japan. The play on the title, inspired by a well-known children’s book title, was done on purpose because it reminds me of family (each one of the fish are specific characters in the story) and of the sea. This story, more so that the first or third in the series, takes place largely on the sea and at sea ports in Asia.

Tell us about your writing process.
I’m more productive in the morning and the late afternoon. I think about story ideas for weeks, sometimes months, while scribbling little pieces of scenes, characters or sentences to myself. Once I settle on a story I create a rough outline so I have a sort of road map of how I want to get to the end. Sometimes the characters intervene and do what they want, but most often we co-write. Once I get started I try to pound out the first draft quickly…maybe a month or two. Then it’s a longer process of editing and rewriting. I do a lot of pondering at my desk with my head turned, facing the window. When I get it in my mind that I need to channel Ernest Hemmingway or F. Scott Fitzgerald I sit and drink bourbon and write stuff that turns out nearly incoherent. It can be fun for an evening, but isn’t very productive.

For Fiction Writers: Do you listen (or talk to) to your characters?
I absolutely listen to my characters. Do I talk to them? Not out loud, anyway. But I have long, drawn out discussions where I listen to their thoughts and opinions. That sounds a little wacky, but I try to make them as 3 dimensional as possible and I can only do that if I treat them as alternate egos outside of my control. Of course they aren’t, but letting them at least help build their personality is crucial to authenticity.

What advice would you give other writers?
It’s true what they say…write, write, write, and then write some more. Learn habits that allow you time to be inspired and grant you the time to write down your inspirations. Also, keep honing the craft, take classes, don’t get discouraged, and always try to make the next story better than the last one. When you’re not writing, read. When you’re not writing or reading, experience life in some way.

How did you decide how to publish your books?
I love the process of creating. Being that my educational background is not English Literature, Journalism, or Creative Writing I pretty much assumed that I would be years trying to get published in the traditional ways. I started writing as a second career after retiring early from my first, very technical, career and didn’t want to spend those years begging and being rejected so I chose the Indie route. I’ve really enjoyed the other authors I’ve met and feel that I learn something every day that I practice this new craft. Am I wildly successful? No, but I’m not a marketing guru and I feel that my goal is to put out a better product with each new book I write.

What do you think about the future of book publishing?
I think it will be a long time before traditional ink and paper books are gone. I don’t know the statistics, but I know that even I still love to hold a paper book in my hands to read. I still love to see cover artwork, author and book names on my shelves. However, I also think that Indie self-publishing has opened up writing to an entirely new set of authors. You do not have to spend a fortune, in fact you really don’t have to spend a cent if you have access to a computer and the internet, to self-publish anymore. For those people that like to read books that are not simply mass produced and marketed, it has also opened up a vast new world of options.