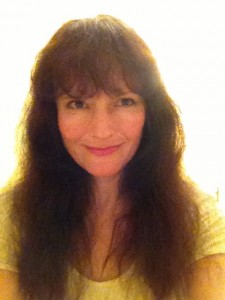 About R B Watkinson:
R B Watkinson lives on a smallholding in the wilds of west Devon, England. She is married, has raised three children and wrangles many animals. She has held down a few jobs over the years, some interesting, some not. The best for her was working as an editorial secretary for a few well-tamed authors. Her favourite ‘work’, however, is writing.

After gaining a Diploma in Creative Writing at Oxford University she gained the confidence to embark on a writing career. In March 2015, she signed a three book deal with Claret Press, London.

What inspires you to write?
I write because I love to. My head would explode with all the ideas forming in there all the time if I didn’t write them down.
I’m not too sure when I started writing though, I can’t remember ever not writing. Now I write almost full time, and I think myself lucky for that.
My father was an avid collector of fables, myths and legends from all cultures and had read them to me since I was tiny. It built my love of stories, especially fantasy.
My husband encouraged me to apply to Oxford after the children were all grown, so writing really became an acceptable career move after I gained the Diploma in 2011. At Oxford, the tutors, and the other students, gave me the confidence to believe I could write and, more importantly, that people would like to read what I wrote.
I get inspiration for my stories from everywhere. Apart from reading, there the places I’ve visited, like the Empty Quarter between Saudi and the UAE, the Hatta region (desert mountains) in Abu Dhabi, lonely tors on the moors, Neolithic rings of standing stones, single monoliths, barrows and cairns in the wilder, untouched parts of Britain, wider Europe and Scandinavia.

Tell us about your writing process.
When my ideas start to form I’m very much a seat of the pants writer, but a chapter or two in, once the characters are firm in my mind and the story lines get some substance, I sketch an outline for the rest of the book. I’ve notebooks full of character sketches, chapter plans, story arcs, map drawings and cover artwork. I also have all these in files on my laptop. I have a map of my world stuck to the wall above my desk too.

For Fiction Writers: Do you listen (or talk to) to your characters?
I might well embarrass myself here, but to be honest, yes I do talk to my characters. Not all the time, mind you, but it helps to get to know them. It is quite important to at least speak the dialogue out loud though, as what seems right on paper can sound awful out loud. When a reader comes to that dialogue, they’ll ‘hear’ what’s wrong right away.

What advice would you give other writers?
Read as much as you can and as widely as possible as it all informs and improves your writing. Write as often and as much as possible, it’s like music or sport – the more you practice the better you’ll get.

How did you decide how to publish your books?
I’d been sending my manuscripts out to publishers and agents for a while, with no luck, when Katie Isbester, Chief-editor of Claret Press, came back with a yes. She liked The Cracked Amulet so much that she got me to sign a three book deal so she could publish the whole trilogy.
When an editor or agent thinks your book is good enough for them to take on, it gives the author confidence that the book will reach its audience with all its mistakes and glitches ironed out. When all problems with the story arc, or characterization, POV, et al, are resolved, readers can fall into the book, into another world, and not get knocked out of their immersion.

What do you think about the future of book publishing?
All I can say is that the industry is strong. Doomsayers said the ebook would kill off hard copies, but instead, more books than ever are being sold. People need to lose themselves in stories that are quite different from their own lives, it gives them release, vicarious adventures, romance and sheer escapism. From the beginning of human communication there have been stories handed down orally from generation to generation. How could something so innate to our being ever end?

What genres do you write?: Fantasy fiction – epic and dark