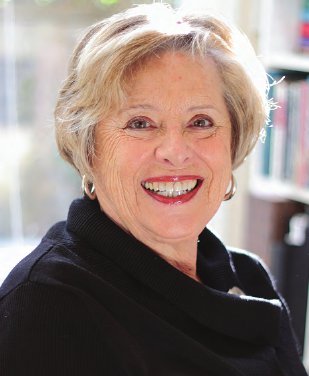 About Phyllis Smallman:
Before my life of crime, I was a potter turning out dinnerware. My work has won the Independent Publisher Book Award gold medal for best mystery e-book, an Ellis award, and several awards from Florida Writers Association and it has also appeared in Spinetingler and Omnimystery magazines. The Sherri Travis mystery series was chosen as a summer read by Good Morning America. I divide my writing life between a beach in Florida and an island in the Salish Sea.

What inspires you to write?
Characters walk around in my head and I either have to give them a home or take massive amounts of drugs. And then there is the news. Did you ever read an article in the paper and wonder what happened next? Or wonder why it came about in the first place? Imagination takes over and I start constructing a story to explain these events. Champagne for Buzzards came about when I saw a television news article about buzzards returning to their natural breeding grounds to find new houses had been built there. Buzzards were sitting on children’s play sets, boats and garden furniture. What if you woke up one morning and saw buzzards sitting on the cab of your red pick-up? What if… words that inspire me.

Tell us about your writing process.
I start out with a general idea of the story, maybe two pages of notes. Sometimes I have an ending and work towards that closing, but in fact I don’t think any of my seven published books has ended the way it did in the first draft. Writing for me is organic. The story and the characters grow and change as I work through the novel. I have a spiral bound notebook for each book where I keep track of names, character sketches etc. and even bits of conversation. The story grows out of the interaction of characters and there’s always that one person who is supposed to come in, do their bit, and leave the stage, but in the end they weasel themselves into the heart of the story and may even show up in the next book. In a Brewski for the Old Man Sherri’s estranged father was supposed to die but I liked him so much I couldn’t kill him. He’s been in most of the books that came after that one and he’s a character readers comment on.

For Fiction Writers: Do you listen (or talk to) to your characters?
Hearing voices is what writing is all about. Call it madness or call in inspiration, without those voices there is no book. The best fictional characters are the ones who speak to our hearts as well as our heads, both as readers and writers, the people who walk off the pages and into our lives to stay with us forever. I now know more about my characters than I know about most of the members of my family. Don’t we know more about Scarlet O’Hara, or some other fictional character, than we do about our best friend?

What advice would you give other writers?
Write what you want to read and not what you think might sell. When you’ve made your manuscript as perfect as you can, give it to people whose opinion you trust. Listen to those readers. They are seldom wrong. If they don’t understand your story, can’t believe in it, agents and editors won’t either. While you’re waiting for feedback, start writing the next book. The most important thing I’ve discovered is that the process is where the true joy hides. Seeing your book on the shelf of a library is great, reviews are nice, but there is nothing like the pleasure of writing when it’s going well.

How did you decide how to publish your books?
I was published because I won the Unhanged Arthur, a contest for an unpublished manuscript, from the Crime Writers of Canada. Part of the prize was consideration by a large Toronto publishing company. They published my first four books.When they failed to pay my advance on my fourth book I got my e-book rights back. After that I kept my e-book rights but sold the book rights to a new publishing house. I became a hybrid. I don’t know if that would happen today. Publisher won’t give up those e-rights. It seems that writers are either self-published or have a conventional book contract.

What do you think about the future of book publishing?
The world will always need writers. From the time we sat around fires in caves until Netflix, it’s always been about the stories. That’s what we have to remember. And creating those stories is all we have control over. We can’t begin to guess how they will be delivered, that’s someone else’s job, and we certainly can’t even begin to predict what the next big thing in publishing will be. We can only write what is true for us and trust that our creations find their own audience.

What genres do you write?: Mystery Thriller