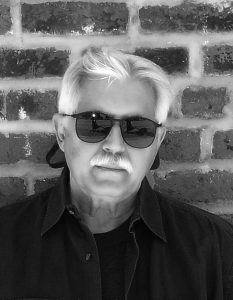 What inspires you to write?
I have to write. That’s what I was put on this earth to do. My inspirations come from life experiences.

Tell us about your writing process.
I write every day. First thing in the morning until lunch time. I take a short nap after lunch and write until supper time when I socialize with my family. Then I write late into the night. There is always an outline but it can be details or it can be only a couple pages. At this point in my career, I put my characters into place, give them a problem, then walk along with them writing what they say and do. I write quickly and rewrite slowly.

For Fiction Writers: Do you listen (or talk to) to your characters?
Once I’m into a novel, I live there until it’s finished. My characters will talk when I’m away from my computer and I have to stop and pay attention. I go to sleep daydreaming about my characters and their situation. I imagine the story and my characters let me know what’s up.

What advice would you give other writers?
Write. Write. Write. Read as much as you can. In and out of your genre. Pay attention to what people don’t like and cultivate that part of your writing. It is what’s unique in your writing. You are the artist. You outrank everyone. List to constructive criticism, especially if something you’ve written is unclear to the reader. Otherwise, to hell with them. This is your life.

How did you decide how to publish your books?
Began with traditional NY publishers and they printed the books, opened their back door and tossed them out. No publicity. No support. Hell, I could do that. I teamed up with several other writers, artists, proofreaders, editors to form a co-op and we do our own books. Trade paperbacks and eBooks. We control everything – the writing, the cover art, the size and price of the books and we get much higher royalties.