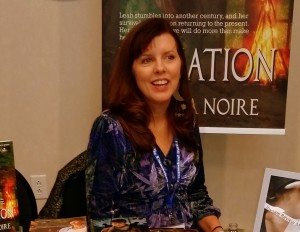 About Morgan K Wyatt:
Morgan K Wyatt, raised on a steady diet of superheroes, believed she could fly at a very young age. After using trees, barn lofts, sliding boards, and even a second story window as launch pads, she found her flying skills were limited to fast and downward. By the age of nine, her dreams to be a superhero needed some modifications, which caused her to turn to writing and horseback riding as alternatives to flying.

At the age of twenty, she had another chance at superhero greatness as being one of the few female soldiers trained for combat. The fact that women will be able to serve in combat soon indicates that all the witnesses to the grenade incident have retired. The grenade incident didn’t prevent her two sons or daughter-in-law from enlisting in the service. Having different last names probably helped.

Morgan recently retired from teaching special needs students to write full time, instead of in the wee hours of the night. With the help of her helpful husband and loyal hound, she creates characters who often grab plot lines and run with them. As for flying, she prefers the airlines now.

Morgan has penned twenty novels. Her articles and stories also have appeared in several anthologies and magazines. Her most recent fiction publications include a sweet romance, The Inheritance, and an anthology, Sunkissed: Summer Effusions. Her book, Suspicious Circumstances: Love or Deception is a 2015 RONE Romantic Suspense Finalist and a 5-Star Readers Favorite.

Dating After Forty-eight marks her foray in non-fiction. The research for the book and blog resulted in her own happy ever after love story. Now, she and her husband are getting ready to launch cozy mystery series under the combined pen name, M.K. Scott.

Morgan also feel ridiculous talking about herself in the third person, but supposedly bios are written that way.

What inspires you to write?
I was a quiet, bookish kid who never had fast comebacks. However, given enough time I could write one. My initial foray into writing involved writing more exciting endings for the school reading books. Diary writing was a natural, but I soon realized my life needed some spice if only on paper. I may have taken some liberties in my journal. Writing helps me evaluate how I feel about something and work out issues; it also helps me understand motivations.

I wrote press releases for newspapers, liturgical readings for the church, articles and short stories for magazines. Until I started writing full-length books, my most financially rewarding letters were complaints missives. I have a ninety-nine percent ratio for getting what I ask for in the letters. Because of my success in this matter, I wrote letters for various relatives and friends using their names, of course.

Writing also allows me to experience the wonder of falling in love several times, traveling to exotic locales and times. Writing can be fulfilling even if only done for my eyes only.

Tell us about your writing process.
I am more of a husband bouncer off-er. This involves me running the idea past my husband before I start writing. He asks me several questions about the plot, setting, and characters that I haven’t considered, which results in research.

Often I have an outline in my head. I still do some subbing at school, so I write plots on the back of scrap paper during my lunch break. Unfortunately, I wash some of these beginning plot thoughts. Inspiration takes several forms. A newspaper article about a real event, a snippet of overheard conversation, a contest prompt, even an outrageous line uttered by a television character can start the wheels turning.

The characters have their own personalities and often dictate their own actions, not always doing what I would like them to do and in as prompt fashion as I would like. Each chapter goes under my husband’s grammar hammer! He’s also an engineer and informs me that a person falls at fourteen feet a second and wouldn’t have time for inner dialogue.

Pinterest serves as my white board for inspiration. It’s much neater than keeping various photos pinned to poster board. To be more organized, I started using Google calendar to remind me what I need to get done. I have to be seriously writing by 9 am. I take a short lunch break and then work till three. My reward for a successful day is to watch NCIS while I run on the treadmill. Run is a euphemism since it resembles high stepping prancing, but it still counts as exercise.

For Fiction Writers: Do you listen (or talk to) to your characters?
As far as I know, I don’t physically talk to my characters. Since, I’m usually in the house alone, there’s no one to dispute my story. The characters do act in ways I don’t expect. Simpson in Love or Deception was a minor character who gobbled up more and more page space eventually inspiring the entire series.

The secondary characters are usually the ones that are harder to handle. Ellie, who is my primary protagonist in the second book of The Soul Mate Series, is upset that she sounds somewhat ditzy in the first book and insists her character needs better motivation. Normally, this would be a problem, but since I got the rights back, I will rewrite her character.

Often readers want to hear a secondary character’s story because he or she resonated with them.

What advice would you give other writers?
Be original. You can never catch up with a trend. If you chase a trend, then you have no inner inspiration, which means you’ll be endlessly writing about whatever the next hot topic is.

Write every day. Aim for 1000 words. Many people wait for inspiration it seldom comes when you’re doing something else besides writing.

Network. I know people get tired of hearing this, but other writers, especially published ones, can give you helpful advice. I got into conferences, signings, even library author fairs because other authors recommended me. They can also tell you critical info such as publishing houses to avoid, good editors, and agents looking for clients. Most are very willing to help.

Work on your craft. Read books. Take online classes. Beta read for someone else in exchange for beta reading for you.

Evaluate. Not all criticism is hateful. Read critiques, edits, and reviews with an eye as to what can make you a better writer.

Don’t compare yourself to other people. It’s easy to fall into a trap thinking other writers are overnight successes. I wrote to my favorite author, who graciously wrote back. I thought I was reading her first book. She explained it was her 30th book, but it was the first time she made it into the coveted book list top twenty.

How did you decide how to publish your books?
I’m a hybrid author, which means I traditionally published and self-pub. I originally published with a small press called Secret Cravings Publishing, which was a romance publisher. I came up with an idea for YA books, that didn’t involve a love angle. I decided to self-pub those under the name of Sleeping Dragon Press.

I won a contest that earned me a place in the Sunkissed: Effusions of Summer anthology. I’ve sent my books off to various publishers and some accepted my book, but I didn’t sign with them. The reason behind this is I also review books. Some of the presses that accepted my books had horrendous editing. I consider myself fortunate that I had read books by these presses.

However, in the end, you are always on your own. I expected a publisher to make my book the best it could be and catch any editing issues missed by me, the editor, or proofer. This isn’t possible with 96,000 plus words. This is why I’m now re-reading my books several times.

What do you think about the future of book publishing?
The future of books is vast from Audible to interactive books. More authors will self-pub because they are resisting editors and agents demands to write trending topics into their work. There will also be more genre blending of novels. Good examples are Regency Erotica, Sci-Fi Romance, and Fantasy Time Travel.