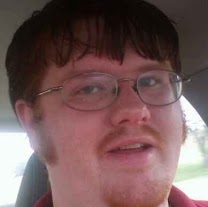 About Michael Reynolds:
I have been telling stories since I was a small child. If you ask my mother, most of them were completely fabricated. I fell in love early with Tolkien and Terry Brooks. Since then, fantasy has been a way of life for me. I love the escape to another realm and the adventures that I can find there.

I’ve sampled jobs in many fields from milking cows to laser physics. From a road worker for the Department of Transportation to my current job in computer engineering. In the end, being a writer is the second hardest and best job I have had, second only to being a father.

What inspires you to write?
I am inspired most by the imagination of my children. I love listening to them make up stories about exciting places and people. My son was diagnosed with terminal brain cancer in 2012. When he got sick, he was very much into the Avengers (I have to admit that I was too.) He decided that we should build a super suit like Iron Man’s. I told him that we couldn’t really afford that, but we could tell the story. He jumped at that idea. I love the look in the eye of a child when they read or hear that climactic moment in a story for the first time.

Tell us about your writing process.
I use excel spreadsheets to plan a rough outline. I look at the outline as a set of milestones to steer the novel towards. Sometimes I get a bit lost along the way, but finding my way back is 3/4 of the fun. I like to write character sketches on the large whiteboard next to my desk to track the characters’ psychological journey through my books.

For Fiction Writers: Do you listen (or talk to) to your characters?
I hear my characters in my head when I write. I try to let that flow as naturally as I possible into the dialogue of my writing.

What advice would you give other writers?
One of my favorite authors answers this question like this: “If you can quit, then quit.” That resonates with me because writing and working towards making a living as a writer is hard.

Better advice than that, though, is some advice that my son gave me, which I happened to record. That recording was the last thing I heard before his cancer took him. He said, “Always believe in yourself.”

How did you decide how to publish your books?
I like having control over the cover, blurb, and content of my writing. I think the legacy publishing model has some strong flaws and like the idea of letting people decide for themselves what books are worth their money. For those reasons, I have chosen to independently publish my books. I’m not saying that I am entirely against a traditional contract, but it would definitely need to be the RIGHT contract.

What do you think about the future of book publishing?
There is currently a bit of a resurgence of print as indie bookstores are making a bit of a comeback. In the near future, I think mobile is going to continue to grow, and more and more people will read on their mobile devices. Audio is on the rise as well. I think we will see more integration between digital and audio, especially on the go.