You are here: Home / Interviews With Authors / Interview with Author – Michael J. Schneider 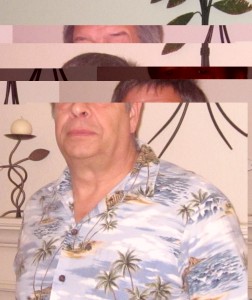 I was born and raised in Omaha, Nebraska. At the age of 18, I was eligible to be drafted as the Vietnam War was at its peak. I chose instead to enlist in the U.S. Marines. I spent 14 and 1/2 months in Vietnam with the 1st Reconnaissance Battalion, 1st Marine Division. My period of service was from October 3, 1969 to December 13, 1970.

What inspires you to write?
I’ve always enjoyed a good story whether it be from a book, television or the movies. I think what distinguishes a good television show or a movie from a mediocre one is the script. Special effects and the quality of acting only enhance the story. The story has to be well written to engage the viewers. I know what makes me want to read a certain book or watch a certain television show or movie and I desire to tell those kinds of stories.

I’ve also heard it is hard to get boys to read books. In my first two books: Brendan of Kilrush and The Secret of Sangre de Cristo, I tried to tell the kind of story I thought young adult males would like. Both books have a teenage male hero.

Tell us about your writing process.
I’ve actually used both methods in my writing; however I’m probably more of a seat of the pants writer. As I go along I usually decide where the plot is headed next. I also have a tendency to add characters as I go along. This is usually because the plot requires the additional characters. I know my main characters at the start; but add the others as the story dictates.
In my books: Rebecca and the Renegade and Swift, Silent and Deadly: Recon marines in Vietnam, I did use an outline which I wrote down on paper.

For Fiction Writers: Do you listen (or talk to) to your characters?
I think observe or eavesdrop on my characters is a more accurate description. Given only the choice between the two; I would say I listen to the characters. I try to make sure the conversation between two characters is believable.

What advice would you give other writers?
I think the best advise to give is to write about what you are interested in. I think this is better advice than the often given advise of write about what you know. “Write what you know,” is good advice; but that doesn’t necessarily mean you must have had prior experience or knowledge of the setting, scenery or technology that you portray in your story. This is particularly true if you are writing science fiction. As long as what you present to the reader is believable, you should be okay. A writer can gain a lot of knowledge about a specific places or objects by research. The Internet is especially valuable in this regard.
John Grisham was a lawyer and his books involve lawyers; but it is hard for me to believe that Tom Clancy didn’t have to do a lot of research for his books.

How did you decide how to publish your books?
The first book I wrote was The Secret of Sangre de Cristo. I finished this around the year 2000. After numerous rejects from publishers and the failure of a literary agent I hired to get the book published, I decided to self-publish it as paperback with a company that provides publish on demand services in 2011. I did the same with Brendan of Kilrush. Without a method of marketing these books, they didn’t sell. With Swift, Silent, and Deadly, I tried both the direct approach to publishers as well as using a literary agent; but couldn’t get either publishers or agents interested in it. I completed the manuscript in 2004. In 2011, I discovered Amazon Kindle and published it as an ebook there. I also contracted with Bookbaby to get it published to fit other electronic reader formats. I’ve sold over a 1,000 copies of this book.

What do you think about the future of book publishing?
I think the availability of electronic readers will have a big impact. I do feel, however, that people would probably favor printed copies of books that have a lot of pictures or graphics.