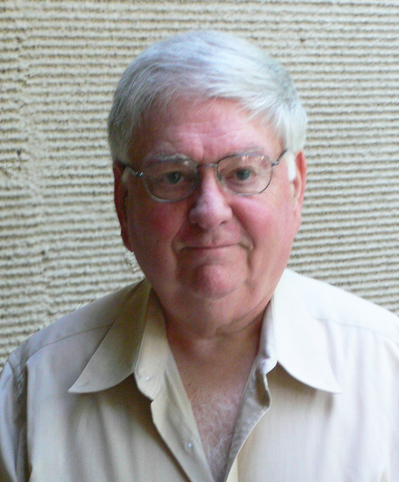 About Marvin J. Wolf:
I began my career as a US Amy combat correspondent in Vietnam. Returning to civilian life, I worked in employee communications for a few of America’s biggest companies. In 1978 I struck out on my own. For several years I wrote anything that would generate income–brochures, advertising copy, newspaper and magazine stories, and corporate research papers. In 1983 I was asked to write a book about Japan’s business activities. The Japanese Conspiracy put me on the publishing map and taught me that big ideas require book-length treatment. My next few books were true crime anthologies; the first of these, Fallen Angels, Chronicles of L.A. Crime & Mystery, led me to solve a 56-year-old murder by confronting the last surviving member of the cover-up cohort. Since then I have written or co-written biographies and memoirs of some of America’s most fascinating characters, including Native American leader Russell Means, ABC Television founder Leonard Goldenson, and former South Vietnam Prime Minister Nguyen Cao Ky. You see, I am interested in many things, and I have found that researching and writing a book is a great way to become an expert in a subject.

What inspires you to write?
Curiosity is my main driver. In writing nonfiction, I find that research, in its many forms, is very satisfying. Interviewing people is always both fun and interesting–I am constantly amazed at the things people say, the things that they have done, and their opinions on many subjects are both surprising and educational. Writing fiction, which is a comparatively new experience, allows me to create characters that are multi-part composites of people whom I have met, or have read about. In some ways, however, every character that I create, even minor ones, is also part of my own personality. Writing for me is then an endless feast of discovery.

Tell us about your writing process.
In nonfiction, I create a proposal based on preliminary research and a few interviews. This is a sales tool that enables my literary agent to find the right publisher for my idea–and it allow me to have some income during the years that it takes to write an acceptable work. The proposal includes a chapter outline, but once I have sold the idea and begin working fulltime on a project, I always learn far more about the subject than I had previously imagined. This turns the resulting book into something that is true to the promise of the proposal, but differs in detail and presentation. Even the sample chapters that I write to accompany the proposal will benefit from additional research, and, not least, from reflection and editing.
I write about 1500 words a day, usually. At the end of the day I edit what I have written that day. When I resume writing, I go back through the entire body of writing, making small changes, adding new facts, excising others. This process continues throughout the entire writing phase. When I have finished this first draft, which has been modified countless times by the end, I put it aside for a week or longer. Then I go back with fresh eyes, and this is where I often catch learn that the work needs some restructuring. When that is complete, I go through again, looking for typos and looking for anything that I can excise. Extra words, sentences, whole paragraphs–whatever doesn’t need to be there will go.

For Fiction Writers: Do you listen (or talk to) to your characters?
My characters seem to invent themselves. Frequently I will dream a scene, then rise and have a shower and coffee and go write it. My characters often stop me from making heinous errors–forcing them to do things that is entirely against their beliefs. So I have to fix that. Sometimes a character will tell me that he or she doesn’t belong in this book, that they deserve another book, one of their own. Or that their role in the present book is superfluous fluff. Then out they go. My characters are all, bless them, part of me, so I have trouble killing them off, but I find a way.

What advice would you give other writers?
It isn’t an easy life. For the first ten years of my freelance writing career, I made more than half of my income with my other skill, photojournalism. Many successful fiction writers need the security of a day job, often in teaching, to provide an environment where they can write what they please. A writer needs to learn patience. No work is done when we first finish it. The hard work that we don’t like is what comes after that first draft. So, learn to be your own best critic. On the other side of this, perfection is the enemy of progress. Don’t ever stop working because you can’t, that day, do your very best work. Keep writing, keep putting words on pages. Then go back, when you’re feeling a little more confident, and fix it. In other words, avoid writer’s block by lowering your standards and keep writing.

How did you decide how to publish your books?
I much prefer to work with my terrific literary agent, Doug Grad, and to publish with established publishing houses. Even a small advance provides the necessary encouragement to finish a project. The publishing industry is about making money, strictly, and toward that end they will provide good editing, some promotion, and an adviser in the form of an acquisitions editor. I do not wish to deify these people, but they are in general good at their jobs, and their only goal is to make money for their company. If their company makes money, I do, too.

What do you think about the future of book publishing?
Self-publishing has added many new and valuable voices to the world of literature. At the same time, there is far more published dreck than ever before. I think that E-books will increase market share, but I also believe that paper has its own appeal, and that a vocal minority of book lovers will demand traditional books of paper, at least for the next several decades.