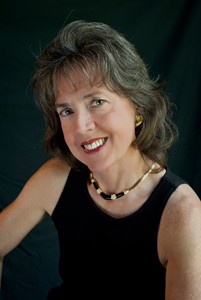 About Marsha Cornelius:
After working for fifteen years as a cafeteria manager in an elementary school, Marsha Cornelius turned in her non-skid shoes for house slippers. She now works at home, writing novels, acting out scenes with her cats, and occasionally running a Swiffer across dusty surfaces.
Like thousands of others, she thought she could write romance, but soon discovered she was a dismal failure. She did increase her repertoire of adjectives such as throbbing, pulsing, thrumming, vibrating, hammering, pumping . . .
Her debut novel, ‘H10N1’, a thriller about a flu pandemic gone awry, received 5 stars from Midwest Book Review.
‘The Ups and Downs of Being Dead’, a story about a man who chooses to have his body cryonically-frozen rather than face death, received the Awesome Indie Award.
The AIA medallion was also awarded to her third novel, ‘Losing It All’, a drama that follows a homeless man who helps a mother and her two small children get off the streets. ‘Losing It All’ also received the BRAG Medallion, and her second 5-star rating from Midwest Book Review.
‘Habits Kick Back’, her fourth novel, tells the story of a college girl who decides to kick her drug habit, only it isn’t what you think. She wants to stop taking all the pills that control her weight, help her concentrate, keep her awake to study, improve her mood, and even suppress her sexual appetite.
Her latest novel, ‘A Tale of Moral Corruption’ takes place in the future where women rule and men know their place.
Originally from Indiana, Cornelius lives in the countryside north of Atlanta with her husband and two molly-coddled cats who refuse to wear socks and dust the furniture.

What inspires you to write?
Let’s begin by what used to inspire me to write.
I’ve always loved reading: the imaginary worlds, the struggling characters, the intricate details of their lives. I admire authors who can carry me away with their words. And like millions of others, I thought I could do the same thing.
After numerous rejection letters, book signings where two people show up, and monthly remunerations from Amazon that won’t cover dinner for two, I now have five novels and a whole new outlook on the writing process.
I’m not sure I can call it inspiration as much as some sadistic primal urge to put my thoughts on paper. Every time I finish a book, I think ‘that’s it. I don’t have any other ideas for stories.’ Then I catch myself imagining a character, or a life, and the next thing I know, I’m writing my next novel.

Tell us about your writing process.
My first novel, ‘H10N1’ was definitely by the seat of my pants. I had the seed of an idea and just started writing. After many rewrites, I learned my best writing tip: Know where you’re going.
When I start a new book, I just blather away on my computer. A woman does this, and then she goes there and does that. It’s necessary for me to get these random thoughts down before they flit away.
Once I’ve gotten to the final scene, I get to know my characters. Where did they grow up, what are their favorite pastimes? I even create a timeline: if she was born in 1990, she graduated from high school in 2008. I research clothing, music, TV, and movies that were popular. What was happening in the world politically, technologically? I’ve got to immerse myself in the story.
After I have an idea who I’m dealing with and what their story is, I go back to my blathering outline and start filling in holes. As conversations come to me, I add that layer to the mish-mash.
For my latest novel, ‘A Tale of Moral Corruption’, I had nearly 50 pages of single-spaced glop that I printed out and used as a guide.

For Fiction Writers: Do you listen (or talk to) to your characters?
I definitely carry on conversations with my characters, sometimes while driving, but usually when I’m walking. I live in a rural area where I can tuck a notepad in my pocket and stroll along quiet roads. My neighbors have gotten used to seeing me wave my arms and bobble my head in disgust. And if I stop in the middle of the road to jot down a quote, they patiently wait until ole’ Bessie moves over to the side.

What advice would you give other writers?
Use a professional editor.
Yes, this means paying good money to get the feedback you need, especially if you are going to self-publish. Just because your best friend likes the story, doesn’t mean the book is finished. If Stephen King has to use an editor, so do you.
Once you have shelled out that hard-earned money for advice–use it. Don’t get all whiny because you have to cut your favorite scene. Most editors know a lot about the business of selling books. And isn’t that what you want?

How did you decide how to publish your books?
After I completed my first novel, I attended a writers’ conference, met agent April Eberhardt, and signed a contract with her. After a year of pitching my book without success, April suggested I try the self-publish route. Because the majority of my sales are e-books, I haven’t given much thought to approaching traditional publishers with subsequent books.

What do you think about the future of book publishing?
I think the self-publishing route is still going to be an uphill battle for the next few years because so many people have decided to ‘write that novel’. An acquaintance of mine has a book on Amazon that is ranked #1,581,831. (Yes, that’s over a million and a half books ranked above his.) So you can see that the competition is fierce.
There are lots of websites offering free Kindle books and until readers get tired of being disappointed by unedited, first-draft quality material this trend will continue. Plus there is an ever-increasing number of ‘publishing’ houses willing to charge hundreds of dollars to help new authors get their first book published.
It has become a bit of a free-for-all out there–sort of like reality TV. Until the reading public demands higher quality, they’ll get junk. And that makes finding the gems much harder to find.

What genres do you write?: Speculative fiction, drama, adventure, romance