You are here: Home / Interviews With Authors / Interview with Author – Madeleine Holly-Rosing 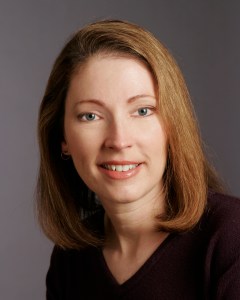 About Madeleine Holly-Rosing:
A TV, feature film, comic book and prose writer, Madeleine is the winner of the Sloan Fellowship for screenwriting, and the Gold Aurora and Bronze Telly for a PSA produced by Women In Film. She also won numerous awards while completing the UCLA MFA Program in Screenwriting.

Formerly a nationally ranked epee fencer, she has competed nationally and internationally and an is an avid reader of science fiction, steampunk, fantasy and historical military fiction. Madeleine lives with her rocket scientist husband.

She currently has novelettes and novellas for Kindle, Nook, Smashwords and DriveThruFiction based on her webcomic BOSTON METAPHYSICAL SOCIETY. Her goal is to eventually develop a series of novels based in this world.

Nominated for a 2012 Airship Award (SteamCon) and a 2013 and 2014 Steampunk Chronicles Reader’s Choice Award, the webcomic received an Honorable Mention at the 2013 GEEKIE AWARDS and was nominated in the Best Comic/Graphic Novel category in 2014.

What inspires you to write?
All the stories jingling about in my head have to come out!!!

Tell us about your writing process.
I usually start with a basic premise then write out extensive biographies of the major characters. That usually means going back to who their grandparents were and where they came from. People don’t realize how much our own upbringing shapes us and therefore your characters. This is also the time where I do any research that needs to be done. Then I will do a basic outline and then a 7 page treatment/synopsis that fleshes out the outline. I don’t try to micro-manage the plot so I have room to breathe and let the characters take me places I didn’t realize they wanted to go before.

For Fiction Writers: Do you listen (or talk to) to your characters?
I hear them talking in my head or rather I listen. Sometimes I will ask a character what they would do at a particular point in the story just to make sure I’m not writing what I want, but what they want. (It’s very easy to fall into the hole of “writer’s convenience.”)

What advice would you give other writers?
Don’t be afraid to write badly in order to learn to write well.

How did you decide how to publish your books?
I decided to self-publish initially as a way to learn the business and get my feet wet so to speak. That doesn’t mean that I don’t strive to have my work up to professional standards, but you can use the self-publishing model to help you learn about the business and how to be a better writer.

What do you think about the future of book publishing?
I think we are in the middle of a huge upheaval and change in the publishing industry right now. The traditional models are restructuring which is going to make it harder to break into the big houses. However, there are a number of legitimate small press publishers popping up that will be a nice segue for new writers as well as self-publishing. What we all need to be prepared to do is to learn how to market ourselves whether or not you get picked up by a major publisher because they are not going to do it for you anymore.