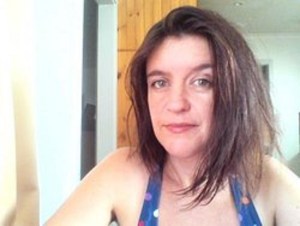 About M.J. Moore:
I’ve been writing horror, and watching horror movies, since before I was old enough to do either, (although I do admit to being somewhat of a pussy where the latter is concerned). The first horror novel I ever read was Pet Sematary, which I think you’ll agree wasn’t a bad introduction to the genre, and Stephen King is a major inspiration of mine, along with Clive Barker and Jeffrey Eugenedes. I live in Melbourne, Australia with my son and my anti-social dog.

What inspires you to write?
What doesn’t? Movies, music, the news, people I meet on public transport (oh, the people one meets on public transport). Sometimes a random thought will come to me, and sometimes, I just write. Having said all of this, I don’t only write when I’m inspired; sometimes, one has to force it, but often times I find that’s when I do my best work.

Tell us about your writing process.
More often than not, I fly by the seat of my pants, but if I hit a wall, I’ll grab a notebook and pen and nut out the details on paper. Then there are times when it feels like my laptop screen is mocking me, waiting for me to fail. It’s at these times that I do one of two things: I force myself to write – it doesn’t have to be genius, just something to go on with – or I give in and allow myself to be distracted for a while so I can come back to the story later with a fresh perspective, (this usually involves baking, walking, stuffing myself full of sugary crap or writing something else entirely).

For Fiction Writers: Do you listen (or talk to) to your characters?
Worse – I read their lines out loud. Frustrated actor, what can I say?

How did you decide how to publish your books?
I chose to self publish because it was the quickest way to get my work read, and I’m a teensy bit of a control freak.

What do you think about the future of book publishing?
I like to think it will stay as diverse as it is now. Also, I don’t think ebooks will completely replace physical books. At least I hope not – I’d like the chance to have Chip Kidd create a book cover for me before I die.

What genres do you write?: Horror, Thriller