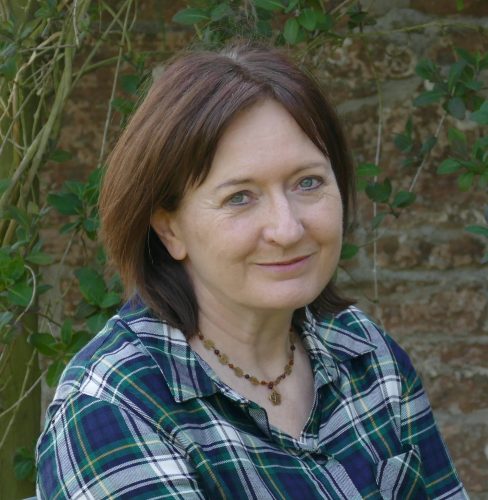 About Lynne Fisher:
Lynne was born in Durham City in 1962. After moving to the Scottish Borders in 1998 she rekindled her love of art, becoming an artist, tutor and illustrator, before going on to study with the Open University as a mature student. Here, she gained a first class honours degree in the Humanities, with Literature and Art History, before going on to do a diploma in creative writing. Literary fiction is her writing style.

On Turtle Beach is her debut novel, inspired by a fascination with the nature of sibling bonds and the exotic setting of Dalyan in Turkey. This was followed by After Black. Set in Cheltenham, it draws upon the retail world of the early nineties and life inside a department store, explored through the central character of Janet, who needs to come to terms with a difficult past of shadows to move into the light of personal growth.

Lynne is currently working on another novel concerning the struggle of midlife changes, a memoir, and a collection of short stories. She spends her time writing, blogging, painting and volunteering in social care.

What inspires you to write?
It was a slowly dawning decision in later life, rather than having always having wanted to be a writer since childhood. I’d just finished a honours degree in the humanities with the Open University as a mature student, and the subjects I chose to concentrate on were art history for the artist me, together with literature because I love reading. When I was taught to closely examine the themes and language I found the literature fascinating, so much so that when I was finished the degree I was casting about for a way of extending this fascination in a practical way. The OU did two creative writing courses which together would form a diploma, so I ventured upon them with uncertain trepidation, only to find I loved it…and somehow, most importantly, I could finally put to use all the thinking about and observing of people and life I’ve always done by nature. I realised writing was a perfect outlet for this side of me, and the writing dovetails beautifully with my painting as a creative balance. I concentrate primarily upon exploring what it means to be human, with all the conflicts, joys and sorrows that come our way.

What authors do you read when you aren’t writing?
Through my studies I began to read far more contemporary fiction, but found I was being very selective based on what I’d discovered I’d loved about the nineteenth century novel – namely – sharp psychological insights into what it means to be human, with intense visual descriptions to enjoy along the way. So contemporary authors who inspire me in this way became:
Tim Lott, for example 'The Scent of Dried Roses'
Margaret Atwood, for her wonderful female characters, dystopian themes and her writing voice.
Ian McEwan, for his psychological intensity.

And finally I've got to mention Stephen King, for his ever-so-natural, yet memorably compelling, characterisations and consummate story telling skills, with great structure and suspense. I must admit King was a revelation to me, because I had mainly associated him with the horror genre, which had always repelled me. So it was a great surprise to me to find him addressing many themes which I do like, such as dystopian stories, with any attendant horror elements coming across as tongue in cheek. My favourite King novel is The Stand. And his book On Writing is a insightful popular support for many writers. Reading Stephen King frees me up in my own writing which is quite an important accolade to him I think.

Tell us about your writing process.
I certainly create main character sketches first with as much detail as I can muster to flesh them out in my mind, then as I'm developing the plot in the writing of the first few chapters, the characters tend to lead me, with a balance of them controlling me and me controlling them. Other characters stroll in and get added to my list of characters. This can be quite exciting!

I'm about 60:40 outliner and seat of the pants writer. I draw up a hand-written linear mind map, on a big sheet of paper, of the plot and the structure, where I pinpoint what the major turning points are going to be. This is my general guide to keep me on course, and at this stage I do as much research as I feel I'm likely to need to have by me. But I also allow serendipity of thought and feeling to flow in with the writing and see if this 'muse' element can help me with, or enhance, the whole. Humour comes in sometimes in this way. So, not too rigid, not overly flexible – that's what works best for me.

For Fiction Writers: Do you listen (or talk to) to your characters?
It's got to be a bit of both all throughout the story, but to different degrees. I question them more at the beginning of the story as I'm getting to know them. It's a delicate stage, but also very stimulating. Then with fictional time moving on, they can become more assertive, telling me what they feel, telling me what they want to do or would do, what's feasible, and then I listen, because if this is happening, then you know the writing is probably going very well. I think you have to create the characters, but then cultivate, communicate with, and chat with your characters like you would with some good friends – with truth and honesty.

What advice would you give other writers?
I don't like being in this position very much, because I've read many answers to this kind of question as an aspiring writer. Just because I've written a book, doesn't suddenly make me an expert. Stephen King's book 'On Writing' is probably the best book an 'aspiring writer' could read…this book stays in my heart and mind, always.

But trying to answer the question, I'd say you have to be determined, tenacious, and don't let anyone pop your bubble. Separate your right brain creativity from your left brain critic. Know that you are both the master of your creativity and, if you are honest with yourself, your own best critic. Most of all, don't let anything interfere with the pleasure of writing, because this is the most important thing of all – to enjoy it!

How did you decide how to publish your books?
In a small writer's group I was in for a while, the group leader had gone down the independent route with Amazon after trying very hard to get a traditional publisher interested in their novel. The writer found the process rewarding and had much success with their book. So this was at the back of my mind as I was finishing my first novel, 'On Turtle Beach'. First though, I tried hard to get an agent or traditional publisher interested in On Turtle Beach, but although I got a few compliments, the answer was no. And in the past, that would have been that! Naturally, I was disappointed to say the least, but I decided to view it as a writer’s rite of passage to test your resolve and faith in yourself. So, because I was not happy to put my novel into a drawer, never to see the light of day, I learned the indie way, and it has been a very liberating experience for me. I have also read a good deal of first hand accounts of the pitfalls of the traditional route which eased my feelings. In the end I loved the creative control which indie authors have, in the knowledge that writing for any writer, indie or traditional, is a hard road to travel.

What do you think about the future of book publishing?
I think it's pretty exciting when writers can be in control of their own publishing after a long historical period of being subject to the apparent 'whims' of the publishing industry and their lists. However this independent freedom can also result in a lack of quality which could be detrimental to publishing in general. From a personal perspective, If I venture to self publish as I do, then I have to maintain quality – this is my way of holding my head up high and of maintaining standards for readers. As I reader myself, this is what I want. Whatever the genre, however it's published, I want quality writing.