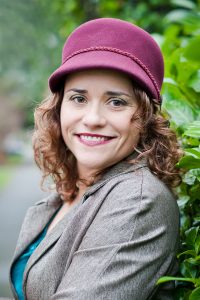 About Lisa Brunette:
Lisa Brunette is the author of the Amazon bestselling Dreamslippers mystery series and other works. She’s a finalist for the Nancy Pearl Book Award and a RONE Award nominee. Both Cat in the Flock and Framed and Burning are winners of the indieBRAG medallion, representing the best in indie publishing.

Brunette is a career writer/editor whose work has appeared in major daily newspapers and magazines, including the Seattle Post-Intelligencer, Seattle Woman, and Poets & Writers. She’s interviewed a Pulitzer Prize-winning author, a sex expert, homeless women, and the designer of the Batmobile, among others.

She also has story design and writing credits in hundreds of bestselling digital games, including flagship mystery series for Big Fish, AAA console games, and the recently released Smash Squad for iOS.

She earned a Master of Fine Arts in Creative Writing from University of Miami, where she was a Michener Fellow. Her short stories and poetry have appeared in Bellingham Review, The Comstock Review, Icarus International, and elsewhere. She’s also received a major grant from the Tacoma Arts Commission, the William Stafford Award, and the Associated Writing Programs Intro Journals Project Award.

Brunette is a member of Mystery Writers of America, Sisters in Crime, the Pacific Northwest Writers Association, and the Lewis County Writers Guild.

What inspires you to write?
I’m inspired by an intention to make the world a better place. Stories I’ve read have developed my awareness and empathy, and I hope my stories do the same for readers.

Tell us about your writing process.
My process is a hybrid between outlining and seat-of-the-pants writing. I’ll begin with notes and a general idea, but then those plans usually change. I don’t really know what happens until I’m writing a scene. For example, in Dreamslippers Series book three, my protagonist Cat McCormick bumps into a character from book one. I didn’t plan for him to be there at that moment; he just showed up. However, I did like him a lot in book one and had a general idea I would bring him back, so the prep was in the background even as it seemed as if he came from out of nowhere.

For Fiction Writers: Do you listen (or talk to) to your characters?
Only through the stories and scenes. They don’t come into my bedroom at night for a chat. They exist in the world they’re in, not in this one. Still, they’re with me all the time. I know intimately how Amazing Grace would respond in a given situation. In our house, we have a habit of asking, “What would Granny Grace do?”

What advice would you give other writers?
The only way to survive as a writer in this increasingly visually-oriented world is to cultivate perseverance. You will get beat down more than you’re buoyed up; that’s just what happens in a world where there are more writer wannabes than there are readers. But if you want this for the right reasons and know it’s right, you’ll keep going.

How did you decide how to publish your books?
My experience as a writer in the digital gaming industry taught me a lot about what it means to publish today through an online platform like Amazon. I’d queried agents, receiving lots of interest but no follow-through, so I stopped wasting time at that and decided to take publishing matters into my own hands.

What do you think about the future of book publishing?
Disruption is the word of the day. I admire Amazon for toppling the sacred cows in publishing – there’s a kind of DIY mindset in the Northwest that resonates with me and has for readers, too. I’m watching the brick-and-mortar experiments Amazon is undertaking as well as the decision Barnes & Noble recently made to offer self-published print books in their stores. Anything could happen – it’s basically the Wild West out here.

What genres do you write?: Mystery, Literary