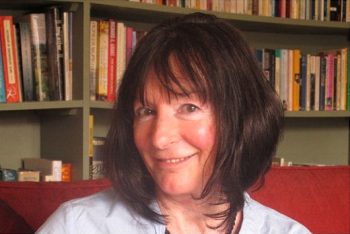 About Linda M James:
I'm a published author/screenwriter and creative writing tutor. Before I became a full-time writer, I've been a model, a Jazz singer and an English Lecturer at different stages in my life. I've also overcome a traumatic divorce to an abusive man, but these experiences have shaped my writing and taught me a great deal. I think writers need to experience life before writing about it.
I have been a writing tutor for twenty years and many of my students are now published and have become my friends which is wonderful.

What inspires you to write?
I grew up in Swansea, South Wales; a land full of music and stories. The moment I learned to read, I dreamt stories in my head. My large noisy extended Welsh family had a motto: children should be seen and not heard. That motto forced me to observe how people interacted with each other. As I grew up, I realised that body language often reveals far more than what people say. I use characters’ body language a lot in my writing.
I believe all good writers observe people. Sometimes, this people-watching has got me into trouble. I was on a train one day writing in my notebook, when I overheard two women talking, one loud, one quiet. The loud woman said, ‘She’d enough so she did for him.’ I looked up from my notebook to stare at her impassive face. She couldn’t mean that the woman she was speaking about had killed someone, could she? I was hooked and forgot to look down. The quiet woman said, ‘how?’ I leant forward to hear the answer. That’s when loud woman glared at me and marched over to me and shouted in my face. ‘You a copper’s nark?’ [ A police informer] I was terrified and shook my head as she loomed over me and tore my notebook out of my hands and threw it out of an open window. I sat stunned as she marched back to her seat, glared at me again and said to her companion. ‘Tell you later.’ Everyone in the train carriage stared into the distance as if nothing had happened. I tell this story to my students: be discreet when observing people. I still wonder what the end of the woman’s story was.

What authors do you read when you aren’t writing?
There are so many – here are a few –
Michael Ondaatje, Isabel Allende, Sebastian Faulks, Audrey Niffenegger, Khaled Hosseini, Helen Dunmore and numerous Nigerian writers. And of course, there are so many poets I love.

Tell us about your writing process.
The above story reveals the secret of good storytelling – curiosity. We need to know what happens next.
I have written numerous writing worksheets to help students with plotting and characterisation. I usually start with characters and develop the plot from them. However, the idea for my psychological thriller “The Day of the Swans” came from a dream about a white house on a high cliff in Wales. When I woke up. I knew one of my characters was going to abduct a young woman and take her to the white house on the cliffs. It was a powerful image from my childhood.
Here’s how I develop characters.
I have written a character worksheet where I ask students to answer questions about their characters like:
• How do they walk or move? Do they have any mannerisms or habits? Do they smoke? If they don’t, what is their attitude towards people who do?
• How do they speak? The pitch and speed of their voice? Any favourite sayings or words? Do they use slang or swear?
• Do they live alone or with other people? Do they have any children? What is their relationship to them? What are their children like if they have any?
• What sort of personality do they have? How do they expression tension? How do they express pleasure?
• Do people like them? Do they do what they want? Do people respect them?
• What do they like most about themselves? What do they like least? Do they want to change themselves in any way?

This is a sample of the questions which help students create a living human being. It’s a fascinating process.
I hope it helps you.

For Fiction Writers: Do you listen (or talk to) to your characters?
I'll tell you another story. One night I was in my study writing my first historical novel called “The Invisible Piper”, set in WW 11. [The first in a two-part story.] I was writing my eleven-year- old evacuee Charlie out of a scene as he was causing the family he was living with problems. [Charlie is an outwardly tough, but inwardly vulnerable boy from a dysfunctional family.] He was listening outside the door to his foster parents saying he would have to go back to his birth family when I heard Charlie say clearly. ‘I won’t go so don’t try to make me!’ The voice was so loud that I looked around the room before realising Charlie was in my head. His voice was so insistent, that I had to rewrite the plot so Charlie could remain with the family he had come to love. Eventually, he taught them what real courage means. It was an amazing experience that has never happened again. Charlie jumped from the page to speak to me directly and became my favourite character and still is. I wrote the sequel called “Tempting The Stars” where Charlie helps the son of the family; a Spitfire pilot called Rob to overcome his devastating self-pity after he is disfigured by burns. Charlie is a lion-hearted boy who overcomes so much.
He still haunts my dreams. I know he is trying to tell me to write more novels where we follow him and his adopted family into the 1950s and 60s.
I hope readers become as fond of him as I have. I would love to hear your views.

What advice would you give other writers?
I tell my students that you need the 3 Ts: talent, timing and tenacity. I have had hundreds of rejections. At first it was devastating until I realized that it wasn’t me that was being rejected but one piece of writing by one person. These rejections taught me that I needed to study how to improve my writing and become tenacious. I have redrafted many novels many times until they have found a publisher.
Good writers never give up. It's in their blood.
Good luck with your own writing.

How did you decide how to publish your books?
I have been traditionally published but I have had a rights reversion of some of my books and have now self-published them as second editions. I have used Kindle Direct Publishing and am now going to put a couple of my novels on ImgramSpark.
A helpful tip if you plan to self publish. Buy your own ISBN number because if you use Amazon’s they tie you into their program so you can’t use another platform. This isn’t widely known.

What do you think about the future of book publishing?
I think authors need to use every platform to get their books noticed. Amazon is leading the market and squeezing many publishers out of business so writers need to be market-savvy. We have to find ways of making our voices heard through social media. I'm learning how to do it and I'm sure you can too.