You are here: Home / Interviews With Authors / Interview with Author – Libby Fischer Hellmann 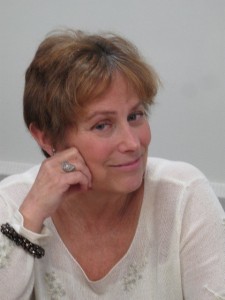 About Libby Fischer Hellmann:
Libby Fischer Hellmann left a career in broadcast news in Washington, DC and moved to Chicago 35 years ago, where she, naturally, began to write gritty crime fiction. Twelve novels and twenty short stories later, she claims they’ll take her out of the Windy City feet first. She has been nominated for many awards in the mystery and crime writing community and has even won a few.

With the addition of Jump Cut in 2016, her novels include the now five-volume Ellie Foreman series, which she describes as a cross between “Desperate Housewives” and “24;” the hard-boiled 4-volume Georgia Davis PI series, and three stand-alone historical thrillers that Libby calls her “Revolution Trilogy.” Last fall The Incidental Spy, a historical novella set during the early years of the Manhattan Project at the U of Chicago was released. Her short stories have been published in a dozen anthologies, the Saturday Evening Post, and Ed Gorman’s “25 Criminally Good Short Stories” collection. In 2005 Libby was the national president of Sisters In Crime, a 3500 member organization dedicated to the advancement of female crime fiction authors.

What inspires you to write?
Inspiration is everywhere… in the news, other peoples’ life stories, amusing things that happen to me, films, TV, NPR… Wherever it comes from, however, the first words I always ask are “What if?”

Tell us about your writing process.
I don’t outline any more. I did with the first two novels I wrote — they weren’t published. An editor said I was writing the outline rather than the story. She also advised me to stop making the characters do what I wanted them to do. That if I got out of their way, they would tell me themselves. You know what? She was right. Now, the only thing I do is write backstories for major characters if they’re not part of my series. I find their backstories tell me all I need to know about their behavior and possible actions.

For Fiction Writers: Do you listen (or talk to) to your characters?
I force my characters to interact with each other. That way I see where the plot is leading.

What advice would you give other writers?
Put butt in seat. Turn off email and browser. Write for 45 minutes non-stop. Don’t make it pretty. Just write. Then stop (use a timer) even if you’re in the middle of a sentence. Go back and edit what you wrote. More than once. Rinse and repeat, depending on how much time you have.

How did you decide how to publish your books?
I am a hybrid author. Some of my novels are in the hands of publishers; others I have self-published. It depends on the story, its length, and who I think might read it. I think it’s terrifically hard for new authors today — actually not too different than it was before self-publishing came on the scene. I cant make that decision for others; the only things I do advise is to have a professional developmental editor go over your manuscript and listen to what he/she has to say. Get a professional designer to do your cover, and draw up your marketing plan before you publish.

What do you think about the future of book publishing?
Lordy… that’s impossible to predict. Every time I think I have a handle on the market, something fundamental changes. Like KU, the death of subscription services, the decline of Nook, the growth of FB ads… I think the best advice is to be nimble and to change with the changes in the industry.

What genres do you write?: Mystery, Thriller, Historical thrillers