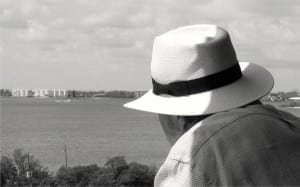 Author Bio:
Lee Charles is the pen name of a psychologist living and brooding in the Southeastern United States. He is a Catholic seminary graduate and has served as an expert in over two hundred criminal cases in state and Federal court, including armed robbery, rape, arson, and murder. As a younger man he wandered across Europe and the United States, lived in a commune, taught in a Catholic high school, met many fascinating people, did too many dangerous and foolish things, and somehow emerged unscathed.

Mother of Mercy is his first novel. He is currently working on his next two novels, Pound of Flesh and Ill Wind. He can be reached through his website, LeeCharlesBooks.com

What inspires you to write?
I’m fascinated by the complexities of character and motivation, and by the constant struggle between different aspects of our nature: desire and fear, hate and love, sexuality and spirituality. I think that I’m especially obsessed with the nature of evil, the many paths that we can take to hurt ourselves and others. The question is, if we can find our way into the darkness, can we find our way back to the light?

Tell us about your writing process.
I start with a problem, usually something nasty. Then, over time, I start to imagine the various ways that the situation can play out, and the characters involved slowly emerge as individuals.

When I begin to write scenes, I’m often surprised by what the characters say and do. I have a general sense of them, but they’re like real people – unpredictable. This makes the story head in directions that I don’t expect, which is especially gratifying to me as a writer.

I’ve recently started to use software to help me keep track of the various plot threads, character developments, and scenes. I’m hoping that this will work better than a whiteboard and stacks of notes!

For Fiction Writers: Do you listen (or talk to) to your characters?
I don’t carry on conversations with my characters in the way that someone like William Faulkner was rumored to do. I do watch them interact, a little like spying on them. It’s fascinating, and not all of these interactions make their way into the finished novels.

What advice would you give other writers?
One of the best pieces of writing advice I’ve ever gotten was from the book, Self-editing for Fiction Writers. The authors said: Show Don’t Tell.

It’s a lot harder work to show, through nuance, dialog, and action, than it is to just put in several paragraphs explaining your character’s motivations and backstory, but it’s a lot more satisfying to read and it’s just plain better craft.

How did you decide how to publish your books?
For 10 years after finishing my first novel, I would try to find an agent every few years and get discouraged. There just didn’t seem to be a way to break through the wall around the book publishing industry.

Then Amazon’s Kindle program became a success, and I saw an opportunity to let the marketplace decide if I had what it took to write successfully. I published Mother of Mercy in the summer of 2013 and I’ve been delighted with the reception that it has received.

What do you think about the future of book publishing?
I think that we’re seeing the same kind of revolution in the written communication that happened when Guttenberg invented movable type. Handwritten and beautifully illustrated books are still created, but the mainstream moved to the printed word. Now we’re witnessing the migration from printed forms to digital.

Printed books may continue to be made as speciality items, but I believe that within a few years the majority of written communication will be digital.

What genres do you write?
Mystery and suspense