You are here: Home / Interviews With Authors / Interview with Author – L.D. Watson @LDthePatriot 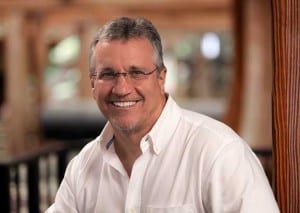 Author Bio:
I’m a Christ Follower and a Texan to the core. I own two types of shoes; flip-flops and cowboy boots.

I have a Bachelor’s Degree from the University of Texas at Arlington where I studied Film and Television Production. Like everyone in my line of work I’ve written a few screenplays. One earned some awards but none ended up on screen.

Pirates or Patriots evolved from a conversation I had with an elderly uncle about how my family came to America. That discussion led me to begin reading as many accounts of the events leading up to the Battle of New Orleans as I could find. One version claimed that an English teenager introduced Lafitte and Jackson at the corner of Royal and Canal Streets. That account somewhat coincided with my uncle’s. Now, I do not want to imply that some relation of mine had anything to do with Jean Lafitte, but I couldn’t help but wonder how a British teenager could have found himself standing on a New Orleans street corner with Jean Lafitte and Andrew Jackson. Thus, Pirates or Patriots.

What inspires you to write?
I began writing at a very young age and, quite frankly, I cannot remember what got me started. This is just something that I always felt I would do. I went to college with the full anticipation that I would end up writing at some point. When I got out of school I went into the film industry in order to make a living but I never had any desire to do that, I just needed something to keep me alive while I wrote.

Tell us about your writing process.
When I set out to write a book I begin by writing one sentence that sums up the entire story that I think I want to tell. I was taught early on that you begin with a very fine focus and then broaden that focus. From the single sentence I then try to write a synopsis in one or two paragraphs.
This gives me a starting point. From there I begin thinking about the story as a whole. I use index cards and put chapter headings on each card and then pin those to the wall. Eventually my office is circled with cards.
Again, this is just a starting point. Often what I thought would be a chapter becomes little more than a single paragraph but what I have there is a little bit of organization. This is where I write my first chapter. Usually by the time I am half-way finished with the first chapter I have the basis of my story in mind. Here I begin to make a lot of notes. Usually what I have is a beginning and an ending and bits of pieces of a story in between.
My stuff is historical so by this point I’m realizing that there’s a lot of information that I need and thus I begin some focused research. Soon, I’m finding a lot of historical details that I want to include into the story which changes the story that I thought I had but makes it much more interesting.
By now I have my story but there are a lot of details that are missing. I usually write in the afternoon. I will spend three to four hours writing. As I’m working in the afternoon my mind is jumping ahead to what I will do tomorrow. Almost always there is some historical information that I need to make sure is accurate. So, I start the next day early and do research and then spend the afternoon writing about these things while they are fresh on my mind. I continue this process of research and then writing until I have finished my first draft. It is always a mess with typos everywhere but I have it on paper. Now the real work if editing begins.

For Fiction Writers: Do you listen (or talk to) to your characters?
I have to be honest here. It has never entered my mind to talk to my characters.

What advice would you give other writers?
Be prepared to get beat-up a lot. No matter what you write, it will not be someone’s cup of tea. But, don’t let that stop you. If you like your story, there will be others out there that like it as well. More than likely, you will find that there a lot of people who like it. Whatever you do, though, don’t keep writing something that you don’t like. If you are bored with it, your readers will also.

How did you decide how to publish your books?
I spent over two years looking for an agent and publisher. Most of the agents that liked my story were people that for one reason or another made feel uncomfortable. At the time I was doing this the entire publishing world was being changed by the evolution of e-publishing. Soon we began to see the success of many self-published authors. When I began writing my book self-publishing offered little or no chance of success but suddenly there was a world of opportunity.

By the time I was ready to publish my book digital distribution had begun to take the industry by storm. Then, for the first time, I began looking at the advantages and disadvantages of self-publishing. Frankly, for a fist-time author with little or no platform, I couldn’t find a lot of advantage in going through an agent and publisher. Publishers offer editing services and do help get books into stores but they (and the agent) take most of the profits. More importantly, I began to see that they offer very little marketing services. On the other hand, it costs a lot up font, but I can hire editors, cover designers are readily available, and since I have to do much of the marketing anyway, well…

The conclusion I came to, given my lack of platform, was that I could publish it myself and most likely have about the same amount of success. At some later point I may re-consider this decision but given the opportunities available to writers right now, I really think all of the advantages are with the self-publisher.

What genres do you write?
Historical Fiction, Action Adventure