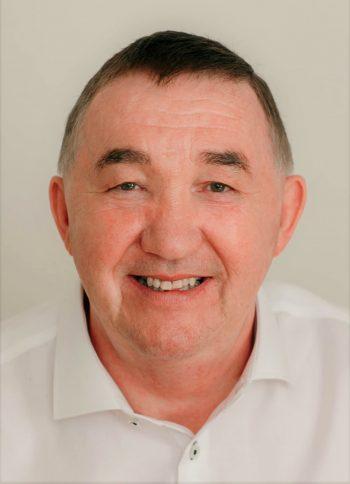 About Kevin E. Buckley:
Born in Lancashire, England, to a stevedore and a homemaker, Kevin E. Buckley was brought up in the suburbs of Liverpool where he played with the other kids on the vacant bomb-sites still left over from the German air assault of the Second World War. Although well before his time, Kevin and most of his contemporaries were regaled with, and deeply influenced by, their elders’ stories about “the war”.
After being educated within the English school system, as a teenager he taught himself to play the guitar and dreamed of becoming a rock star. Having played in several rock and blues outfits over the years, he eventually realized that a big part of that dream relied heavily upon the element of luck and his connection to music became much more of a leisurely pursuit than a way of life.
Interested in philosophy, he studied physics and chemistry and graduated in logic at the University of London, subjects that were a prerequisite for the philosophy degree course at the time. But as he readily admitted later, the prospect of another four years of being a dirt-poor student was not a thought that he greatly relished and — to his regret — got himself a pretty decent blue-collar job and never followed up on the degree.
A creative person at heart and an avid reader all his life, it was a natural step for Kevin to find some measure of fulfilment in the world of writing. Squeezing in time before going to work, his first two books were written entirely in longhand between the hours of 3:30 and 6:30 in the morning by the light of a slow-burning woodstove, a quiet and cloistered activity that he shared only with his canine pal, Tucker. He now writes at any hour of the day or night, addicted to the act of putting pen to paper; and what was at first a hobby has now become a full-blown passion and perhaps, a modest investment in the quest for some small sliver of digital immortality.

What inspires you to write?
To express my thoughts and feelings about the human condition and perhaps create a positive dialogue to improve the situation. For me, three simultaneous — yet seemingly unrelated — occurrences converged to inspire me to create this book.
Firstly, the global resurgence of populism to a level not seen since before the Second World War.
Secondly, the immense power and wealth wielded by the giant corporations and the billionaires of this world and their cynical denial of the on-going industrial-scale, profit-based destruction of our planet’s flora and fauna despite an overabundance of scientific evidence to the contrary.
And lastly, but by no means leastly, the huge popularity of the UFO counter-culture and the resultant conspiracy theories that now resonate throughout our literature and social media.
The unfortunate undertones of the first two and the arguably harmless absurdity of the last proved such an interesting combination, that I had no choice but to tie these themes together – hopefully, without being too preachy about the whole thing – and The Secret Sign of the Lizard People came into being.

Tell us about your writing process.
I'm half-planner and half pantser. I jot down ideas longhand in a notebook or record them. I then transfer them to a supporting document that is the precursor to the actual manuscript. If the ideas still hold water (some of them aren't so good when I read them again), then, if they're still applicable, I work them into my WIP. Right now, I am writing book two of a trilogy, and some of the main characters are included from the first volume. I have outlines of characters already sketched out, but sometimes the characters appear spontaneously as the work progresses.

For Fiction Writers: Do you listen (or talk to) to your characters?
That's definitely the first sign of madness and an indication that the writer should go outside and get some fresh air! 🙂 But of course, I'm pretty sure every fiction writer becomes attached to their characters and probably has their favorite and least favorite personalities within their books. I am no different and I actually intend to make a few very brief cameo appearances in my WIP, whereby I am the deity that created that particular world and the characters interact with me, for better or worse, as their creator.

What advice would you give other writers?
Figure out exactly why you write. Is it for money, fame, a sense of achievement, a desire to be heard, a legacy? Or some combination of the above? I think once a writer has done this, things fall into place and the writer becomes a better writer and a better human being.

How did you decide how to publish your books?
OK. So here goes: having tried the traditional publishing route with a couple of my previous manuscripts, and almost landing a publishing deal, the old adage 'close, but no cigars' finally rang out to me loud and clear. I came across a few self-publishing guides and online indie resources and eventually, and somewhat reluctantly, decided upon the self-publishing path as the most definite and least time-consuming method of making my book readily available to the public. David Chilton – the book-marketing guru – states that there are two main principles for ensuring any book is successful: Make the book available and create a demand. I am very happy with my publishing company, Friesen Press. They are consummate literary professionals and I feel lucky to have found them. I think new authors should research the publishing aspects of writing and weigh up exactly what a traditional publisher might do for them in the event of landing a publishing contract versus what they might do for themselves via self-publishing. I strongly advise the self-publishers out there to enlist the services of a professional copy-editor and proof-reader. Your favorite aunt who happens to be an English literature teacher just doesn't cut it, I'm afraid. Your manuscript has to have professional independent editorial oversight if it is to be polished to the highest level of brightness!

What do you think about the future of book publishing?
Clearly, self-publishing, Amazon, e-Books and print-on-demand have been game-changers in the publishing industry, but I think the traditional publishing houses will probably still rule the literary roost for years to come, simply because books are what they do 24/7. A quote from the Jim Morrison: 'The future's uncertain and the end is always near.' 🙂

What genres do you write?: Satire, sci-fi, murder-mystery, historical fiction