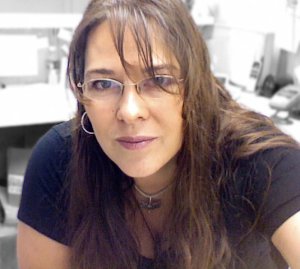 About Kelli Owen:
Born and raised in Wisconsin, Kelli Owen now lives in Destination, Pennsylvania. She’s attended countless writing conventions, participated on dozens of panels, and has spoken at the CIA Headquarters in Langley, VA regarding both her writing and the field in general. Her works include the novels SIX DAYS, LIVE SPECIMENS, and WHITE PICKET PRISONS, as well as the collection BLACK BUBBLES, and seven novellas to date. Visit her website at kelliowen.com for more information.

What inspires you to write?
Everything.

From the way my mind twists normal every day events, overheard conversations, or glimpses of reality, to the strange little voice in my head who will suddenly start spewing dialogue in an accent I don’t know, or a voice I’m unfamiliar with. True story, just last night while I was doing dishes, an old woman’s voice started telling me a story. I don’t know yet if it’s her story, I just knew to dry my hands and write it down.

It’s hard to call me any one genre. For simplification, I usually say thriller/horror, but it’s much broader than that. I write quiet horror, the kind that slips back in when you’re almost asleep. I write with a subtly which never allowed for a jump-effect or the like, but rather, makes you question everything… like the stranger you allow to drive off with your children everyday on the bus. I take reality and simply turn the notch a little, examine the next step into the dark alley, and drag my unfortunate characters along for the ride.

Tell us about your writing process.
I have never been one to do a traditional outline. I actually don’t do anything a decent English professor would suggest, or a how-to book would direct you to do. My process, while strange and not at all standard, is at least consistent. It always starts with either a broad idea, a question, or a snippet of dialogue. I let that ramble around for a bit in the back of my mind, letting the characters develop or the idea grow. I almost always know the end first, and once I have the beginning, I start to write. As I write, I create a bullet-point list of things that may happen or specific scenes. Sometimes I follow the list, checking it off as I go. Sometimes I don’t, because the characters start to weave and bob around the plot or other characters like a boxer trying to stay upright until the bell rings. At some point in the process, my characters always take over and start telling me what’s going on, rather than me directing them. If the piece ends where I thought it would, I’m happy. If it’s ends somewhere even I didn’t expect, I’m thrilled.

For Fiction Writers: Do you listen (or talk to) to your characters?
I always listen to them. The words they choose tell me a lot, the timbre and tone of their voice in my head speaks volumes about them, and even the difference between them whispering to me or shouting over the music I have on can help develop them. And yes, I talk to them. I question them and their motives. And I have been known to argue with my characters as if they were standing in front of me. Because occasionally when a characters starts doing something I don’t think is right for them, they’ll stop me and explain exactly why they’re going to react that way because of that thing that happened when they were in eighth grade that the reader will never know of, but that I will get every detail about.

What advice would you give other writers?
There is so much advice out there at this point, there’s nothing to say that hasn’t been said. Write. Read. Write some more. And if you can survive without writing, and not go completely crazy, then for the love of all that is holy, pick a different career. If you’re not writing because you HAVE to but because you want to or have some romanticized notion of being an author, it will show in your prose. It will feel two dimensional at best, dead at worst.

If you do decide to be a writer because you really do have to exercise those demons and bleed on those pages, there are a couple things. Write. Read everything. Write some more. Get yourself a couple really good pre-readers/beta-readers who will be brutally honest with you… and then trust their opinion, even when you choose to ignore it. And learn how to not only read a contract, but that you can suggest and/or demand changes to it. Never never sign something without understanding it.

How did you decide how to publish your books?
Times are changing. As someone who started before the change, I was a bit hesitant of self-publishing but have come to see the benefits and accept the changes. I publish both with outside publishers and through self-publishing. I generally publish a hard cover with small press and then do the next release (soft cover and ebook) on my own.

Working with a publisher, their editors, their artists, learning contracts, reading royalty reports, and getting the validation of someone who’s putting their money on the line for your words is still valuable on so many levels. I firmly believe everyone should publish at least once with a publisher before jumping on the bandwagon. That said, self-publishing should never be a decision based solely on the idea no one wants you, or as a knee-jerk reaction to too many rejection letters. It should be because they do want you, because you are good enough, but you want all the control and/or profit. There’s a big difference in rejections between the opinion of not liking your idea or plot, and the expertise of critiquing your writing technique and or abilities with grammar and prose.

What do you think about the future of book publishing?
I think book publishing has become so fluid there is no way to tell “what’s next.” Reading as a form of entertainment, as escapism, will never go away. How we choose to do that may change again before everyone has accepted ebooks. Technology has to change with the generations, so we don’t lose them. But at the same time, we can reintroduce them to the art form using that technology (i.e. comics are making a comeback because of the many movie adaptations and the newest kindle environment).

The industry itself has seen massive changes in the last few years, from the big 5 merging and absorbing smaller New York houses, to major chain bookstores going bankrupt. There are still seven figure contracts out there, but there are also as many as 3500 books being published every single day according to Bowker, that’s a lot of sand to sift through to find the gem. Don’t expect to be the gem. Just try to write the best you can, offer your readers an experience they will both enjoy and want to share with others, and feed the monkey on your back and muse in your head so they quiet down… until the next storyline or character comes to life and takes over your ability to wash the dishes.