You are here: Home / Interviews With Authors / Interview with Author – Kathy Fischer-Brown @KFischerBrown 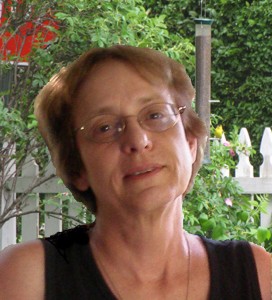 Author Bio:
As a child Kathy wanted to be a writer when she grew up. She also wanted to act on the stage. After receiving an MFA in Acting from the Mason Gross School of the Arts and playing the part of starving young artist in New York, she taught theater classes at a small college in the Mid-West before returning home to the East Coast, where over the years, she and her husband raised two kids and an assortment of dogs. During stints in advertising, children’s media publishing, and education reform in the former Soviet Unions, she wrote whenever she could.

Her love of early American history has its roots in family vacations up and down the East Coast visiting old forts and battlefields and places such as Williamsburg, Mystic Sea Port, and Old Sturbridge Village. During this time, she daydreamed in high school history classes, imagining the everyday people behind all the dates and conflicts and how they lived.

Claiming her best ideas are born of dreams, Kathy has written a number of stories over the years. Her first published novel, Winter Fire, a 1998 Golden Heart finalist in historical romance, was reissued in 2010 by Books We Love, Ltd., which also released Lord Esterleigh’s Daughter, Courting the Devil, and The Partisan’s Wife.
When not writing, she enjoys reading, cooking, photography, playing “ball” with the dogs, and rooting on her favorite sports teams.

What inspires you to write?
My inspiration comes from an assortment of sources–dreams, books, films, observations of people in day-to-life. As a writer of historical fiction, I love when my muse gets revved up by a particularly thought-provoking tidbit of information gleaned from old maps, obscure details or an event that occurred in the time period I research.

Tell us about your writing process.
I’m definitely a pantser. My process has evolved throughout the years from my early training in the theater. I begin by getting into the characters’ heads, discovering what motivates, frustrates, makes them happy, sad, angry. From there I like to throw in the obstacles that prevent them from achieving their immediate and long-term goals. These can stem from their own physical or emotional limitations or from outside sources (bad guys, environment).

Since I write historicals and fantasy, I do a lot of research into my chosen time period on the beliefs and mores of the people, and events that influence daily life, the clothes they wore, the food they ate, etc. More times than not, these details influence the plot and how the characters interact with their world.

For Fiction Writers: Do you listen (or talk to) to your characters?
My characters are always talking to me, sometimes at the most inopportune times, such as when I’m in the shower or walking the dogs late at night.

While writing, I’m only too happy to have my characters talk to me and each other. If they didn’t communicate, it would be source of much frustration 🙂

What advice would you give other writers?
Write, write, write. Then rewrite, rewrite, rewrite. Writing is a lonely profession, so it’s a good idea to join a critique group (either online or in your community) where you can not only receive the benefit of extra pairs of eyes (or ears), you can toss around ideas and find out where to submit your work, and also how to promote it.

How did you decide how to publish your books?
When I first started writing for publication, there were basically two ways to go: submit to established publishers, or go with a vanity press. The latter was not an option for writers who wanted to be taken seriously. And so I submitted by following the old rules: query letter and synopsis, and wait, sometimes for months on end for the inevitable form rejection or an invitation to submit a few chapters, or the entire manuscript. I managed to get an agent for a few years, but nothing came of it, as this was a time when small houses began to disappear into the ever-increasing number of merges and disappearing imprints.

In the mid-nineties, digital publishing appeared on the scene and was regarded in the beginning as the ugly step child. During this time, my books found homes at a number of these upstarts, but without a standard format for text and a lack of interest in the few reading devices on the market, two such publishers went under and a third did nothing to promote their authors. But in the intervening years, with the advent of quality ereaders, the landscape changed, and with it came the current boom in digital publishing and self-publishing.

To make a long story short, I was contacted some four years ago by Jude Pittman of Books We Love, who invited me to submit my 1998 Golden Heart Finalist novel, Winter Fire. BWL has since published my historical trilogy “The Serpent’s Tooth,” and will have first right of refusal on any subsequent works.

What do you think about the future of book publishing?
For new writers, the possibilities of getting one’s book published are brighter now than they were 25 years ago, but with those possibilities comes the responsibility to be your own promotion specialist. The past few years have seen a new growth industry catering to self-published and independently published authors. With so many venues to choose from, a writer must stay on top of the trends and find the best ways to publicize and “brand” his or her work so it stands out from the thousands of books appearing on the market almost daily. That can be a job in and of itself.

What genres do you write?
Historical Fiction, Historical Romance, Fantasy