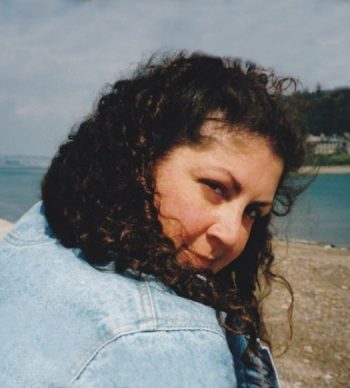 About KA Lugo:
K.A. Lugo is a native Northern Californian who grew up on the Monterey Peninsula, just two hours south of San Francisco. She spent much of her time along the streets of the city and always makes a point to spend a couple days there when she's home.

Living in Ireland since 1997, most of her books have been Irish set romances, but now K.A.'s dedicating her time to San Francisco set thrillers through the eyes of private investigator Jack Slaughter.

What inspires you to write?
I love storytelling and have been doing it since I can remember. I used to get picture books from the library and write a story to go with it. By 5th grade, I was writing short stories and turning them into my teacher rather than doing my homework. I was told I would never amount to anything if I didn't concentrate on my classwork. "Hello, Mr. B. I now write for a living." 🙂

What authors do you read when you aren’t writing?
I'm a longtime fan of Dean Koontz and Linda Howard. They'll be my go-tos as long as they're writing. I've also added on Susan Clayton-Goldner who writes Oregon set mysteries featuring her sexy police detective who's Timothy Olyphant and Sam Elliot rolled into one.

Tell us about your writing process.
I think I fall in the crack between being a planner and pantster. I have a very basic plan of what I want to do and write it down. I don't write it out chapter by chapter. It's just a basic plan. Then I go to work. Occasionally I'll have a scene in my head so I'll write it down so I don't forget it, then plug it in later. If not my current WIP, then perhaps the next.

I also make important notes, and use sticky notes that I'll place on the pages, but with the edge sticking out so I can go right to that section of notes.

My current series has one protagonist and the stories are all told exclusively from his POV. I don't write out long, elaborate character sketches, but I will a brief one. Additional to the spiral bound notebook, I also keep a list of characters in Word (I also write in Word) and add to it as I need to, adding those very brief character sketches.

For Fiction Writers: Do you listen (or talk to) to your characters?
I'm a control freak. It's a great attribute to have as a writer because we literally control everything about the people we invent. But it's a two way street. Often characters will reveal something about themselves I didn't know, and it will come out suddenly as I'm writing. A character will suddenly blurt, "I'm gay," or "I'm quitting my job," or "I bet you didn't know I killed someone," etc and it will shock the heck out of me. "Wow, I didn't know that, character. Why are you only now telling me?"

And it goes without saying that you have to read a lot in the genre you want to write in, but also challenge yourself to write things you don't know. Research, research, research. Talk to people in the know. And put your butt in the chair and write.

How did you decide how to publish your books?
I'm old school. I wrote a few books then started submitting to publishing houses. When digital publishing opened up, I submitted to small presses. I learned as much as I could from those sources…finding my own voice, editing techniques, proofreading, passive vs active writing, and more. All valuable lessons. I'm now self publishing but I would have *never* gone straight to it without having had the experience through traditional means. I guess you can say I earned my stripes…or earned my right to self publish.

What do you think about the future of book publishing?
Publishing will always continue to change and adapt to modern life. As the population grows, so will the number of books available to read. Hopefully the number of readers will also grow. Readers should give small press and self publishing books a chance, but don't sacrifice quality for a cheap price tag.

What genres do you write?: Thriller/Mystery/Suspense