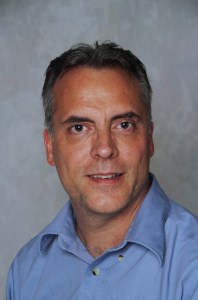 About Justin Forest:
Justin Forest has five college degrees, including a MLSt in taboo studies and a PhD in literature and criticism.

While working as an English professor for over a decade, Forest has edited various academic journals and published poetry and fiction.

Previously, Forest compiled information for the United Nations on the anti-child sex trafficking movement and has since transitioned to a sexuality researcher and member of the Society for the Scientific Study of Sexuality. He now teaches themes of girlhood and sexuality and also acts as a member of the Canadian Sociological Association.

Forest currently lives in the United States with his wife and children.

What inspires you to write?
I go by inspiration, sometimes at the cost of my own peril. 🙂 This is difficult because I want to sell books and really be a full-time writer, but I will write for free if that is what it takes to get people to see my work. I teach writing and have over fifty publications under my pen name and real name, but I don’t consider myself a writer until I have a following. I am all about intensity, so I rile up the emotions and take down comfort zones. I want to give the reader a new and different experience, not similar ones. Many writers are very good at using noticeable themes or genres and making them original enough to garner an audience, but I am a risk taker that likes to push boundaries. Regardless of what I write, it’s all about the real truth, the human condition, not what we would like it to be but what it actually is.

Tell us about your writing process.
At first I am very structured. I set my books to an outline. The outline has four or five parts (Roman Numerals). Each part has five chapters. I start from chapter one and move through. As I write, I am poetic about it. I play with words and if something pops into my head, I work it in. This gives my work its very personal quality, as if my narrator is talking to the reader in real life. Sometimes, it strays a bit off topic, but realism is realism; it goes back on topic. So though I have an outline, I am random in the creation of my chapters. It’s all structure on the outside, in appearance, and all freedom of thought on the inside. For Lolita in the Lion’s Den, all the events are real but the telling of the events I made literary through a memoir-like narration. So I like first person and will probably always use first person. I like intimacy, probably because I had a very isolated life. I did work with an editor, part by part, so as I wrote a new part, she edited the earlier part. My advice: ALWAYS use an editor, and find one that you click with. I have a PhD in English, and my writing is loaded with errors if I don’t use an editor. My focus is not on that.

During the creative process, I don’t want to think about grammar or syntax. Darn, I never want to really think about that, and most of us don’t. I want to create and to move the reader. Let the editor worry about that. If I learned anything it’s that a BA in English with a sharp eye is far better than my PhD. After all, my PhD is in theory. I am a cultural theorist not a grammarian. Get an editor. Even with the best, there will still be some errors at times.

For Fiction Writers: Do you listen (or talk to) to your characters?
Some people believe that fiction is fiction. I don’t. My character Glen in Lolita in the Lion’s Den is part of me. All characters are part of their creator. I don’t talk to them, but I do talk a lot to myself. I mean, I have conversations with myself (I have considered therapy and even being put away for this), but this is how I gain insight into my characters, into Glen more specifically, and into myself. It’s what gives my characters a kind of headlights-in-the-face intensity. You will never find a foil character in my book.

I do not hide ANY thoughts that my characters have, so while I write, I let their inner thoughts go right to the page and let the editor tell me, “Hey, you really have to censure this” before I even think about changing a character’s voice. I guess I lived in an environment where people had to be afraid to speak, so I don’t want my characters to be in that situation. You can skip over a sentence, but it’s more difficult to skip over a thought that is strong enough to put into thoughtful words.

What advice would you give other writers?
Write to write. I wrote my first novel when I was twelve, yet my worst subject was English. I typed out 120 single-spaced words on onion paper. The book was called 5-0-Ways. I remember sending a copy to the Library of Congress. It has to be awful. But I was in love with the romance of writing. It took me 31 years to write my second one. That was a major mistake. If I had it to do over again, I would have skipped graduate school, found a good editor, and wrote away. Now I teach a 6/6 load, have twins to take care of, and a 44-year-old body. I wrote most of Lolita in the Lion’s Den in one month. I had to.

Never stop writing. I have had so many sorrows with Lolita in the Lion’s Den. I get great reviews, but the book is dealing with the most difficult subject matter. Everything from the cover to the content is not interested in making friends, but we all want friends. So writers are lonely. No matter how depressed you are, get in front of the computer or a napkin, and as Hemingway said “bleed,” but bleed on paper.

Writing may take three things: passion, talent, and luck, but that does not matter if it’s really part of you. That’s why I am giving my book for free. What matters to me is that people get to see it and read it. If only food was free, but I am just as happy to see a free download as I am a paid one, maybe just a little hungrier. 🙂

How did you decide how to publish your books?
My wife always tells me that I get off just before the right exit. She thought I should have tried longer with traditional. It’s almost always best to go traditional even if the publisher is small. The reason why has to do with visibility. I am an Indy writer, but no big outlets will carry my book, no big media will look at it because they are afraid of the subject matter. That is exactly what they tell me. My book is under pen name; it has difficult content, and that content is not backed up by a publisher. Of course this is silly because big publishers do not back books based on creditability; they do so based on profitability in my opinion. Nonetheless, I went Indy because my book did not fit into a genre; it’s cross genre: memoir, literary, cultural polemic. It’s struggling with it’s identity as Glen is struggling with his sexual identity, but publishers and agents don’t want that kind of complexity for marketing purposes. I understand that, but feel depressed. 🙁

I also wanted control over my cover because my cover is meant to warn and discourage but loop in the curious and interested. So my book goes against what it means to be a “good” and marketable book. Several agents told me that the book is very strong, but they did not know about marketability. That’s why I chose Indy.

What do you think about the future of book publishing?
I think Indy writing is changing the publishing world. Sooner or later–yes, we have had some big ones already–a major book is going to break through and become THE BOOK from the Indy world. As a literature professor, I would liken the Indy world as a new kind of literary Renaissance. As independent writers, some of us my make mistakes, or some may put out things before they are ready, but the freedom allows for a more real art form and a form of expression to take place without having to worry that a book needs to sell 100,000 copies. Agents and publishers are too fixated on the big hit, but the focus on big hits is killing originality and the true beauty, horror, and complexity of the literary form. We say, it does not sell. It does not sell because we don’t advocate selling it. I think people will want something new, and I would rather be on the cutting edge and unnoticed than popular but common (okay, darn it, that’s not all true). I want to sell books too but am chained to this darn love for artistic principle.

What genres do you write?: memoir, literary fiction, poetry