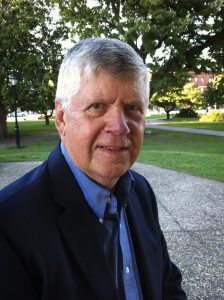 About Julien Ayotte:
Julien Ayotte is a retired financial executive in the corporate, legal, and academic world. He has written countless articles in legal publications and has served as an adjunct professor in five graduate school programs. He has a B.S., MBA, and PhD, all in business. Ayotte is an avid tennis player and golfer, serves on non-profit boards, and participates in numerous capacities at his church. Writing novels has become his second career as he completed three novels in three years from 2013 to 2016. Prior to that, he co-authored a book on financial planning, entitled “Wealth Building for Professionals.” He and his wife, Pauline, have three grown children. Ayotte resides in Cumberland, RI.

What inspires you to write?
I love to solve mysteries. It has always fascinated me to be able to solve endings in stories before they occurred. After spending years raising three children with my wife, I decided to pick up writing for pleasure, something I had not done for nearly fifteen years as I dusted off an old partially-finished manuscript. This led to my debut novel, “Flower of Heaven”, followed a year later by the sequel, “Dangerous Bloodlines”, and in 2016 to my third novel, a psychological thriller, “A Life Before”.
I believe I will continue to write mystery/thrillers for as long as I can.

Tell us about your writing process.
A thought comes to mind, and then another thought. Before you know it, I am writing, all longhand at the beginning, and typed only at a later stage. I like to fully describe my characters to readers and do the same with the places we visit, most of which I have been to at some point in my lifetime. I do not outline, I just write from scratch. I have no clue what happens next, but it comes to me as I write. I have no idea how I do this, it just happens that way. In my recent book, “A Life Before”, I had a girl with reincarnation symptoms and a murdered wife twenty years earlier. At first, I had no clue how I would make these two come together in the book, but it came to me as I wrote.

For Fiction Writers: Do you listen (or talk to) to your characters?
Absolutely. The dialogue that comes out of each character comes out of me, as if I am the actor portraying each character. I have often changed the dialogue in different scenes because it did not sound realistic. You should be able to picture my characters in your mind throughout the book. If you can’t, then I haven’t done a good job in portraying that character to you. The same would apply to the scenery in the story. Readers should feel like I’ve taken them to places they have never been to, but after reading about these places, now believe they’ve been there.

What advice would you give other writers?
Reviews on Amazon and Barnes and Noble try to describe why readers liked or disliked your book. Wow, this can be very humbling when a five-star review is paired against a two-star review. It’s the numbers that count with regards to reviews. For every fifteen five-star reviews that you have, getting one two-star review is not worth worrying about. My advice to writers is to never give up. If the first book doesn’t become a best-seller, maybe the second, the third, or even the seventh will be the one.

How did you decide how to publish your books?
It was decided for me. After being rejected by nearly a hundred literary agents before my debut novel, I had to decide if the novel was worthy of publication or not. I do not regret being independently published and I have learned a great deal about the publishing business in the last three years. I continue to seek an agent and a publishing house that believes in me and my ability to continue to churn out good mystery/thrillers going forward. I will never give up, and I still have high hopes that one or more of my novels will become major films one day.

What do you think about the future of book publishing?
To be honest, there are too many books published that should never have been. The self-publishing feature has aided undiscovered authors to get their work to readers, and this is good. But, quite frankly, it can also be unproductive if it happens merely to satisfy someone’s ego at having a book published. Literary agents are overwhelmed with authors seeking representation, and good writing may be overlooked by them for years, if not forever. It has become like the juggler of bowling pins expecting to win America’s Got Talent. I am a realist, but I have a very sizable following that backs up my claims. Why then do I have to be alone in my endeavor to succeed. Honestly, I deserve better, and I will strive to be better. Someday, Julien Ayotte will be known as a good mystery writer.

What genres do you write?: Mystery/Thriller