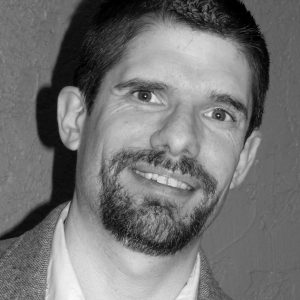 About JR Thompson:
JR Thompson was born and raised in West Virginia. He made a profession of faith at the age of five and then when he turned seventeen he began doubting his salvation. At that time, he prayed and asked God to either save him if he had never been saved or to allow him to rededicate his life to God. His life has never been the same since.

Thompson relocated to Montana several years ago where he now resides with his lovely wife, Hannah, and three goats – Shazaam, Resse, and Dipstick. He is actively engaged in ministerial work and loves being used of the Lord.

What inspires you to write?
I believe God instilled a gift or a passion inside of me to write. It doesn't take much to inspire me. Dreams, conversations with people, life experiences, sermons I hear or preach, the weather, the mountains… wow… perhaps the question should be, "What doesn't inspire you to write?"

Tell us about your writing process.
For the most part I write whatever comes to mind, as it comes to mind. However, when I get to a place whether either I'm facing writer's block or where I am feeling like my story is not as good as I would like it to be, then I sometimes make an outline of the next few chapters to get me going again.

I like to make character sketches before I write so I have a better idea of who my characters are going to be. But more often than not, those characters develop into much more than I had ever anticipated in the sketching process.

For Fiction Writers: Do you listen (or talk to) to your characters?
I put myself in the lives of the characters – almost like a fly on the wall. Just this morning as I was working on a book I'm not writing titled "Fighting For Farmington," I found myself smiling away as I pictured the scene that was unfolding before me. Sometimes I feel like I eat with, walk with, talk with, and dream about my characters. They become so real to me – I love writing!

What advice would you give other writers?
The most important thing I have learned is to allow other people to read my work before I have it published. Sometimes other sets of fresh eyes can point out weak areas or provide some insight as to what can be done to make the book more appealing to readers. It's also important to realize that you can't please everyone. If you have five people read it and one person is extremely negative, you might just have to throw that person's opinion out to the dogs. However, if three out of the five say similar things, it's time to make some revisions.

How did you decide how to publish your books?
When I finished my first book, I was only eighteen or nineteen years of age. I was a foolish boy just interested in getting my name out there. I looked at several different options – including at paying a company over $10,000 to publish my book. Then I stumbled up what I believed to be a traditional publisher who said they were going to give me a $1.00 advance on royalties and they would publish my book free of charge. I decided that was a great route, only to find out they were a total rip off and that when I wanted to get my book back from them, they would refuse to give it back without me paying a huge price that I wasn't willing to pay.

Later, I looked into going through an agent, but got discouraged with the amount of time I would have to wait to hear back from agents – and the number of rejections i would receive from agents who didn't even take the time to read my books.

That's when I decided to go the self-publishing route. I enjoy self-publishing because it gives me a lot more control over my book's appearance and in what channels it is sold on.

What do you think about the future of book publishing?
I think the future for book publishing is a healthy one. However, I believe traditional publishers and agents need to watch how selective they are being and start welcoming newer authors or they will be out of business before they know what hits them.