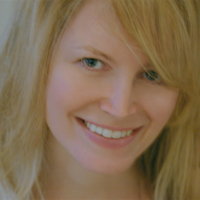 About Jordan Baker:
Jordan Baker is the author of the popular ‘Book of One’ series of Epic Fantasy novels. She is currently writing a prequel trilogy set in the same world, as well as an upcoming Contemporary Fantasy series. In between chapters, she enjoys gardening, watching Science Fiction shows, reading novels in different genres including fantasy, and learning about ancient cultures.

What inspires you to write?
I am inspired equally by the big ideas and the little life things that happen. Concepts and characters both play a part in prompting my stories in the sense that I might have an idea about a world where things are a certain way, or about some major event that causes some sort of change or challenge, but the key to the scenes within the story is always the characters and what their own challenges within and to their personalities might be in that bigger picture. Sometimes they are aware of what has sent them on their adventure, be it an outside force or something within them, and sometimes they have to figure themselves out in order to figure out how to overcome the outer obstacles that are before them. The character conflict, both within a single character and between characters, is usually where my inspiration comes from during the actual writing, while the big concept ideas are solidified when I’m doing rough notes and outlines.

Tell us about your writing process.
I do both. I write outlines in a sort of synopsis form, with a basic idea of what happens in each chapter written out in a few paragraphs, sometimes with bits of dialogue or character moments that occur to me, which can sometimes inadvertently turn on the tap and end up as a proper scene. Once the outline is written and I have a basic idea of the major things that will happen in the story, then it is seat of the pants time. That’s part I consider to be actual writing, and it is simultaneously difficult, painful, tedious, exciting, entertaining and fun. Contradictory? It is very contradictory, and enough to make your head spin around, but I try to focus on the good things that happen during the process, as little rewards while I am struggling through. When I am writing and things start to flow in a scene I like to let the characters reveal themselves by the things they say and do, or the things they don’t say or won’t do. I try to keep a clear idea in my mind of who the are and what they are like, but they sometimes surprise me by doing and saying things I didn’t expect, while still being true to who they are as characters. Once you see it from their perspectives, things make a lot more sense, and that’s the challenge I face with each of them, and why it can be exhausting and exciting at the same time. I use Word and keep my outline open as a reference while I’m writing my chapters, but I don’t refer to it all the time. Once a chapter is written, I highlight the things that made it into the story in one color, usually blue or green, then I highlight the things that didn’t make it, using different color and, most importantly, I highlight the things that didn’t make it but are integral to the characters and the story, and I do those sections in horrible bright red so I will be strongly reminded not to forget them when I come back to the pages and try to figure out what I wrote and what still needs to happen.

For Fiction Writers: Do you listen (or talk to) to your characters?
We don’t have conversations, but they do like to make their voices heard. I try to remember who they are, in terms of their individual personalities, their goals, their desires, their fears, and let them speak from there. It is sort of like an actor who is playing every character in a scene and trying to keep all the different emotions true. I try not to talk or involve my personality in their world, since they are the ones going on the adventure, while I am merely their chronicler, but with a magic pen that influences their fate.

What advice would you give other writers?
Read and write. That’s kind of trite, so I will elaborate. Read different writers and enjoy how their stories move, the way they describe things and how they approach dialogue. You will discover and connect with different styles of writing and storytelling and the ones that stay with you will influence your own voice. Write a lot and keep working on improving your writing in the technical sense, and letting your work evolve naturally in terms of your approach or style. Also, find your courage and hold onto it, because very few people are amazing writers at first, or on their first draft, and no matter how good you might be, some people feel compelled to be cruel and critical without being constructive. I make mistakes, and so do big name authors who have multiple editors and sell millions of copies. Do your best to tell an interesting story with characters who are real to you. That’s what matters most. And do your best and try to stay positive and motivated even if you make mistakes or people are unkind. Improve your technical skills as much as you can but tell a great story, and keep writing. I also write this advice in an effort to remind myself of those things, since there is a lot that is soul-crushingly discouraging in the world, and that is the emotional challenge every writer faces along the way, in some form or another.

How did you decide how to publish your books?
I researched a number of agencies and publishers and there were not very many who were looking for these kinds of epic big world stories, or they already had a bunch of established writers on their list in a similar segment of what is an increasingly diverse fantasy genre, so it seemed like there was a big “No Vacancy” sign in the classic Epic Fantasy category. At the time, I was in a difficult situation personally, and writing was all I could do, so with a little encouragement and some technical help from a friend, who is working at building up an independent publishing business, I started making my books available and hoping people might like them. I am still a struggling independent author, but having each of the books in my series make it onto the Kindle charts has really helped a lot, so when I say I am really grateful to everyone who has been reading and supporting the stories, I am not just saying that. I am also glad to have had a little friendly encouragement and help in getting my books formatted for publication. Other than the moral support and the technical help along the way, as well as some contractual advice if a publisher comes along, I pretty am pretty much on my own when it comes to every other step of the process. When it comes to advice to new authors, I don’t really know what the right way might be, and maybe there never really was a right way, except to write books, and get your stories out to people who might be willing to buy them and tell all their friends to do the same. The best advice I can give is to always be gracious, and remember to thank your readers and fans for buying your books and for saying nice things about your work. May the people tweet your good works to the heavens, that you may inspire an earthly fandom, such that the gods of publishing will praise your name and welcome you through the glossy gates to the land of ink and paper. 🙂

What do you think about the future of book publishing?
It is really difficult to predict something as big and amorphous as the future of the world of book publishing. I think there will be always be independents, and there will be some hybrids who put out books independently but link up with publishers, and some will manage to get in the door early on. In terms of books, ereaders are already pretty popular and I think they are likely to continue growing but a lot of people also like to own an physical copy of a book, so there will probably always be a percentage of people who will buy printed copies. I do wonder if publishers might consider the idea of scouting, sort of like how big record labels scout independent musicians, but that is probably just my hope that they will scout my books so they will have a chance at exposure to more readers as a print edition. I am one of the people who likes to own physical copies of books that I enjoy, while also having digital copies on my tablet for convenience, and I feel like that is fairly common. I think there will always be a strong market for print publishing, but maybe with a sort of vibrant indie scene in the digital world.