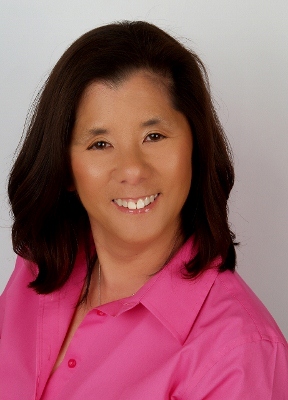 About Joni Parker:
I was born in Chicago, Illinois and my family and I moved to Japan when I was 8. When we returned to the States, we moved to Phoenix, Arizona where I graduated from Camelback High School. I joined the Navy and became a photographer, stationed at Lakehurst, New Jersey where I met my husband, a career sailor. After my discharge from the Navy, I moved to Jacksonville, Florida, following my husband. When he transferred to Pensacola, Florida, I attended the University of West Florida and graduated with a bachelor's degree in accounting and an MBA in finance. I returned to the Navy as a commissioned officer and was stationed in Naples, Italy. From there, the Navy sent me to live in a number of U.S. cities and I even attended the U.S. Army Command and General Staff College obtaining a Master of Military Arts and Sciences. After twenty-two years of service, I retired and traveled the country in an RV with my husband until he passed away. I moved to Dallas and returned to the workforce, until I discovered a passion for writing fantasy novels. For a second time, I retired and now devote my time to writing. Thus far, I've published two complete series, the ‘Seaward Isle Saga’ and the ‘Chronicles of Eledon.’ I'm currently working on the third series, the ‘Admiralty Archives,’ which should be complete in 2020. I presently live in Tucson, Arizona with my sister.

Tell us about your writing process.
Usually, I have an idea for a story and sit down at my computer and write. I'm a seat-of-the-pants writer or as some would say, a discovery writer. It does require more editing than an outline method, but it's a lot of fun.

For Fiction Writers: Do you listen (or talk to) to your characters?
Yes. Both. But I try not to do it in public. Mainly, I listen to my character's story and try to write it down so it makes sense.

What advice would you give other writers?
After I graduated high school, I read very little and the only writing I did was for work. Later in my life, I found a passion for writing and found that I forgot a lot about the basics. I was really rusty. So I worked at the craft of writing and still am. In addition, I started reading again. Not only have I found it enjoyable but it has also helped my writing.

How did you decide how to publish your books?
I decided to self-publish my books because I had no interest from agents and I didn't want to lose control over my book. I would advise new authors to try the traditional route. You might get lucky. Then try self-publishing.

What do you think about the future of book publishing?
I think more people will self-publish because it's so hard to get an agent. Also, the large houses are only interested in the current trend or big named celebrities.

What genres do you write?: Fantasy, urban fantasy, action-adventure, thriller