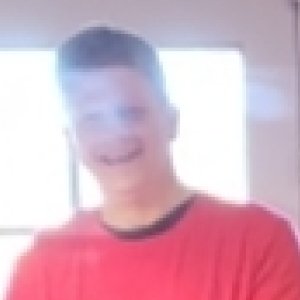 About John Zachary:
John Zachary writes Inspirational Christian Mystery. These mysteries are based on two ideas. First, his spiritual experiences that began at age twenty. Second, research that reveals time-based texts actually did foretell the future. However, there is a catch. Each future event must unearth the truth about ultimate reality. For example, “What will happen to me when I die?” We learn that the Source of these texts can only be a Spiritual Being.
For sure, no one can predict a specific future event that will occur on an exact date, recorded on paper from centuries before. John’s methods lead to profound conclusions. God exists! You can expect to live forever! All based on using logic, historical events, and biblical texts that predict specific events will occur on an exact date.

John's research uncovers events that require God-like control. This influence causes each foretold event to occur on an exact day in the distant future. This is limited to incidents with spiritual meaning. For example, both Solomon's Temple and Herod's Temple were destroyed on the 14,000th day in the time-based texts. For sure, temples were constructed for spiritual purposes. Why were both temples burned down on the 14,000th day?

John explains this mystery. Then enriches the mystery with spiritual experiences. The ultimate conclusion reveals that “You can expect to live forever!”

What inspires you to write?
Christian spiritual experiences related to validating the biblical texts, especially the only time-based prophecy in the world. I use ancient astronomy and ancient testimonies validated by the positions of the sun, the moon, and the earth. IF you can verify that the time-based texts foretold of specific events that would occur on an exact date, centuries into the future, then we have isolated transcendent knowledge. That is why I title this book series "Expect to Live Forever!" At a deeper level, the foretold events go beyond just the idea that the texts predicted future incidents on an exact date, because the events reveal profound spiritual knowledge about each of us. At our core, we are all spiritual beings, destined to live forever.

What authors do you read when you aren’t writing?
Sir Robert Anderson, who was well ahead of his time and filled with keen insight that modern-day biblical scholars have chosen to misinterpret based on presuppositions, which lack insight into ancient cultures.

Tell us about your writing process.
I spend years just doing the research and reading what others teach. My process permits me to simplify mysteries so we can understand who we are as human beings.

I write based on the knowledge stored in my brain with referenced materials. I read varying views of ultimate reality.

At the foundation of my writing, I began to have spiritual experiences in a conservative church at the age of twenty. Fourteen years passed until the next event as I had done in-depth research during that time interval. Suddenly, I was spiritually awakened at the age of thirty-six and began experiencing the presence of the Holy Spirit each day since then. That was thirty years ago. I harbor deep secrets from those spiritual experiences. I have made the decision that I must reveal some of these secrets for people to gain insight into their existence. My research reveals, without question, that you will live forever! That is why I write these Inspirational Christian Mysteries.

What advice would you give other writers?
If someone wants to publish a book, they are going to need a minimum of $3000 to do it right. You also need to write a book series. Otherwise, your success probability will be diminished.

How did you decide how to publish your books?
I began writing about thirty years ago. Back in those times, no e-books were possible. So I spent large amounts of money to self-publish. Nowadays, the cost of publishing has decreased substantially. But if someone wants to publish a book, they are going to have a minimum of $3000 to do it right.

Self-publishing is great because no one controls me. I am very independent-minded.

What do you think about the future of book publishing?
Way better than thirty years ago. Cost is reduced by at least 400%.

What genres do you write?: Inspirational Christian Mystery