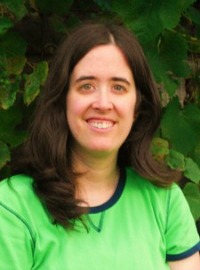 About Jodi Auborn:
Like the main character in my novels “Stormwind of the North Country” and “Secrets of the North Country,” I grew up in a small town in the south-eastern Adirondack Mountains of upstate New York. I graduated from Hadley-Luzerne high school in 1995, and then received a Liberal Arts degree from Adirondack Community College in 1998. Since then, I’ve worked at a variety of jobs: parking attendant, grocery store clerk, animal caretaker/veterinary assistant, stablehand, campground attendant, and apple packer.

I write middle-grade novels, short stories, and poetry set in the Adirondack Mountains and New England seaside. At age ten I wrote a short story about a girl and an abused horse. Twenty-two years passed as I developed it into my first novel, “Stormwind of the North Country,” which was finally published in 2009. A memoir followed in 2011, and a year later, the sequel to “Stormwind” was released: “Secrets of the North Country: The Hobo’s Story.” My fourth book, “Matthias: The Ghost of Salvation Point,” was released in January 2015. All of the books are about quirky young people who know that they are different from others their age, and are trying to find their own place in the world…just like me.

I’m single and live in Ticonderoga, NY, with my dog, two cats, a ferret, and very old horse. My hobbies include reading, drawing, designing houses, camping and hiking, canoeing and sailing, horseback riding, gardening, cross-stitch sewing, and music. I also enjoy vacationing in Cape Cod and the coast of Maine.

What inspires you to write?
As far back as Elementary school, I enjoyed my class creative writing assignments, making up stories and poems in school and out. I invented imaginary friends and sent them off on different adventures, so it just came naturally for me to write them all down. Today, my childhood dreams and hopes still find their way into my poems and stories, so that, in a way, they really come true…on paper, at least.

Tell us about your writing process.
I find that I do my best planning during times when I can’t easily get my thoughts on paper, like when I’m at work, or late at night when I should be going to sleep! When I’m planning a book, I usually carry a folded-up paper to scribble down any descriptions or bits of conversations that I think up. Then I go home and transfer it all into a notebook or computer. I don’t write everything in order; I write each chapter and scene as they come to mind. However, I usually do a rough outline, just enough to show what might happen in each chapter. Eventually, with a lot of copying and pasting, the book all comes together somehow.

For “Stormwind of the North Country” and its sequel, I wrote everything in notebooks. For my memoir and ghost story, I just use the notebook and papers for notes, then do the main writing on the computer. I just use Microsoft Word, nothing fancy.

I create rough character sketches, but each person’s personality just reveals itself the longer that I write about them. I also do literal character sketches – as in, drawings of each person and illustrations of the story (even if I don’t include them in the book.) Sometimes when I’m stuck, the illustrations help me get started again. Also, if I see a person in a magazine or on TV who reminds me of the character, it helps me to think of them more as real people.

For Fiction Writers: Do you listen (or talk to) to your characters?
I end up thinking of the good characters, (not the villains), as my friends! I grow to love these people, and miss them when the book is finished.

Sometimes when I’m planning a story, I can see and hear the scenes playing in my head, just like I’m watching a movie. Unfortunately, it’s usually when I’m not prepared to write it down. (That’s when the scraps of paper come in handy!) If I don’t write it down, the brilliant conversations and scenes that I had imagined are lost forever. However, I can usually think of something that’s almost as good…and sometimes better!

What advice would you give other writers?
1. Write what you’re passionate about, even if it’s not what you think other people want to read.
2. Writing the book is the fun and easy part. The hard part follows, with the necessary proofreading, finding a publisher, and marketing.
3. PROOFREAD! PROOFREAD! PROOFREAD!
4. Don’t be afraid to try small publishers or self-publishers. However, stay away from vanity or subsidy publishers! (They’re the ones that charge money to publish your book.) They are very expensive, and/or price their books too high to be marketable.
5. Research potential publishers and/or agents carefully to make sure that you know what you’re getting into! Read your contract very carefully, for the same reason. This will help avoid disappointment or conflicts. And…
6. …Never give any publisher or agency money if they ask for a “reading fee,” or “processing fee!” Reputable publishers and agencies will not charge money to evaluate your work. I learned this the hard way. Be careful!
7. Have a website for your book.
8. When your book is published, write a press release to send to your local newspapers. Sell copies at craft fairs, book fairs, and gift shops, and donate copies to local libraries and schools.
9. Don’t be discouraged if you don’t make any money at it when you start out. Write the best you can, learn as much as you can, and have fun with it! Concentrate on getting your name out there, and getting people to read your book.
10. Above all, never give up on what you really want to do. Have a dream for your life, even if you don’t make much money doing it. 🙂

How did you decide how to publish your books?
After years of getting over 25 rejections from agents and traditional publishers (and running out of suitable places to send my first manuscript), I was so excited when I found Publish America. They published my first three books for free. Despite the bad press that you may have read, I’ve never had any problems with them. (I don’t purchase their services or marketing promotions; I just buy copies from them to sell on my own.)

Unfortunately, their books are very expensive for their size, so I decided to self-publish my fourth book through CreateSpace. If I had realized how much better it would be for my sales, I would have switched over to CreateSpace earlier! However, I had mistakenly thought that they were one of those places that charged thousands of dollars to publish a book. I was wrong; I was able to publish for free, and my CreateSpace book is much less expensive! I’m enjoying better sales with it, both on- and off-line. Self-publishing was time-consuming but fun work, where I learned about the publishing process and exactly what goes into preparing a manuscript into a finished book. I am proudest of my self-published book, because that was the one where I made all the decisions and did most of the work on it myself. It feels more like “mine.” I plan to self-publish any future books.

I’d advise new authors not to be afraid to try self-publishing, as long as they take pride in their work and create the best product that they can.

What do you think about the future of book publishing?
I think more people will self-publish. Unfortunately, it seems like self-published books still often have a bad reputation for being poorly written and edited. However, I think that if people take the time to produce quality books, the objections against self-publishing will diminish as time goes on.

What genres do you write?: Middle-Grade Fiction, Memoir