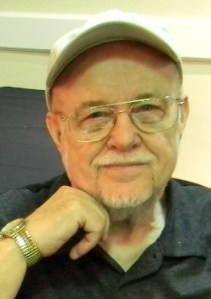 About Jackie T Shirley:
I grew up in St. Joseph, Michigan, a beautiful little resort town on the shore of Lake Michigan. I had a passion for drums when I was a youngster, and studied with Harold Firestone, a famous rudimentalist in nearby Elkhart, Indiana.
After I finished from high school, I graduated from a two year drafting design school. I worked as a automotive and aerospace jig and fixture designer in major cities across the country.
After the aerospace industry crashed, I moved to Las Vegas in the 1986 and played poker (7-card stud) for a living for several years. When 7-card stud disappeared from the Las Vegas casinos, I switched to dealing poker until I retired. My life may has been hectic at times, but it has never been boring.

What inspires you to write?
I love being creative. I’ve always written music and poems, and now I’m writing books. I love using imaginary characters and placing them in similar situations that I’ve actually experienced in life. I should point out that I’m a male, so when someone asks me how I can write women’s fiction, I answer, “I’ll prove to the world that I can write women’s fiction or my name isn’t Shirley.”

Tell us about your writing process.
I’m afraid I don’t have any advice because I don’t use an outline. I usually lay in the bed in the morning, working things out in my mind, and then I rush to my computer. I write a rough chapter, or chapters, and then I rewrite it again. Several days later, I’ll reread the chapters, and then I’ll refine the wording to the point that it says what I what it to say. I find that removing words, or paragraphs, is the key to rewriting.

For Fiction Writers: Do you listen (or talk to) to your characters?
I listen to my charters. I write with a lot of humor and I’ve had to discipline my duologue to keep it from getting out of hand.

What advice would you give other writers?
Read a lot. If I had read more when I was younger, I think I’d be a better writer.

How did you decide how to publish your books?
After hundreds of query letters, I found out that it’s virtually impossible for a senior citizen with no writing background to obtain a literary agent. I guess the agency’s are looking for writers in their twenties with a degree in creative writing.

I was guided to self-publishing by Carol, von Raesfeld, a lady I hired to copyedit my first book. Without Carol, I never would have published anything.

What do you think about the future of book publishing?
That’s a huge question. Self-publishing has open the doors for everyone, and I think that’s a good thing. There will be more failures than successes, but it’s the American way.

What genres do you write?: Women’s Fiction. Fantasy,