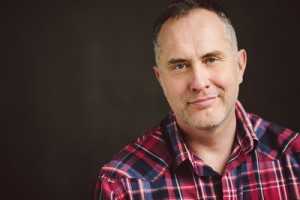 About J.D. Horn:
J.D. Horn was raised in rural Tennessee and has carried a bit of its red clay with him while traveling the world, from Hollywood to Paris to Tokyo. He studied comparative literature as an undergrad, focusing on French and Russian in particular. J.D. also holds an MBA in international business and worked as a financial analyst before becoming a novelist. J.D. is the author of the bestselling occult fiction series Witching Savannah. Titles in the series are “The Line,” “The Void” and “The Source.” A standalone prequel “Jilo” joins the series April 26, 2016. Along with his spouse, Rich, and his furry coauthors, Duke and Sugar, J.D. divides his time between Black Butte Ranch, Oregon, and San Francisco, California.

What inspires you to write?
There is something about the creative process—when I manage to move past the fear of what readers’ reactions to my work might be and just get into the writing—that makes me feel happy, whole, and grounded. The closest thing I can compare it to is the “runner’s high” a runner gets when endorphins kick in. I love the point when I stop being conscious of being the storyteller, and the characters themselves begin to reveal their lives to me.

Tell us about your writing process.
I like starting with a broad story arc in mind, but keeping things open enough to take advantage of any fresh inspiration. My next release (Jilo, coming April 26th) is the backstory of a wildly popular Witching Savannah character who wrote herself into the series, long after I’d “finalized” my plans for it.

For Fiction Writers: Do you listen (or talk to) to your characters?
Of course I do. I don’t feel a character has truly come to life until she or he tells me no. I see my characters as co-creators, with many of my best ideas coming about through their participation in the process—and occasionally their refusal to participate. It took me three attempts to start “The Void” as my main character kept refusing to show up until I gave her what she needed.

What advice would you give other writers?
While working on “Jilo,” I found myself suffering from a nearly crippling bout of writer’s block, borne for the most part by my fear of how the final work would be received by the reading public. During one of the many calls I had with my editor about the issues I was having, he gave me the following advice: “Just tell your story.” And that bit of advice helped pull me through. Just tell your story.

How did you decide how to publish your books?
I chose to go with my publisher, 47North, not only because it is owned by the powerhouse known as Amazon, but because my agent approached them with a single book, “The Line”—written so it could be read as a standalone, but with room to grow the story should I be given the opportunity to do so—and they came back with an offer for a three book series. It was my wildest dream come true.

I think the most important thing for new authors to keep in mind, regardless of whether they choose to follow the traditional path (query letters, agents, publishing house) or self-publishing, is the quality editing—both developmental editing and copyediting—of their work. (And that is before you send it out to an agent in the attempt to get them to sign you as a client, and certainly before you press the publish button on whatever self-publishing site you intend to use. You want to put your best foot forward with any agent or publisher, and you certainly don’t want to risk having your readers be the ones pointing out typos and plot holes.) Keep in mind that even though your writing may feel entirely individual and personal, quality publishing is a team effort. If you can’t afford the investment in a professional editor—and make sure to get references, don’t just accept anyone who’s hung a shingle out on the internet—join a writers’ group, seek out beta readers.

What do you think about the future of book publishing?
I believe our recent past is prelude. Readers will continue to follow their natural inclinations in choosing between e-books and print; both formats will survive. I think the Big 5 publishers will continue to duke it out with themselves and with Amazon. Big advances and big marketing campaigns will continue to go to the authors who are already huge sellers. The rest of us are just going to have to make do without the 6-figure advances and world tours. Thanks to print on demand, I think we will continue to see new boutique publishing houses that cater to a particular segment of readers rise, and hopefully flourish. Local bookstores have survived the onslaught of Borders, Barnes & Noble (remember when Borders and Barnes & Noble were the bad guys?), and the big box stores. I suspect we’ll see more independents spring up. Everyone loves a local bookstore. Hopefully the local bookstores will find a profitable way to take advantage of the print on demand option that is helping the rise of the small publisher. I don’t predict any form of “bookmageddon” coming any time soon.

What genres do you write?: Southern Gothic/Fantasy/Horror