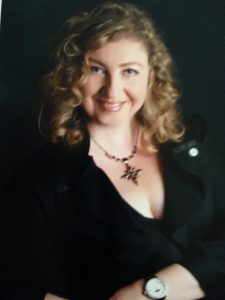 About Irina Shapiro:
Irina Shapiro was born in Moscow, Russia, where she lived until she was eleven. In 1982 her family immigrated to the United States and settled in New York. Due to her love of reading, Irina was able to pick up English very quickly, and was an honor student throughout her school career.
After graduating from Bernard M. Baruch College in 1992 with a Bachelor’s degree in International Business, Irina worked in advertising for two years before shifting her focus to Import/Export. She worked her way up to the position of Import Manager in a large textile house before leaving the work force in 2007 to focus on her autistic son.
It wasn’t until Irina had been at home for some time that she began to write. Eventually the characters began to take on a life of their own and have conversations in her head, and once Irina began writing her musings down, the stories came easily enough. Irina incorporated her love of history and travel into her writing to create a rich and detailed background for the characters. Since then Irina has written eight novels. She is currently working on book five of The Hands of Time Series.
Irina Shapiro lives in New Jersey with her husband and two children.

What inspires you to write?
I love the idea of creating something out of nothing. To be able to sit down in front of a blank screen and create a story that thousands of people will read is a dream come true. The best part about writing, is that I usually don’t know where the story will take me. I have a beginning, middle, and end in mind, and then the characters take over, and suddenly my story is going in a direction I never anticipated, and it’s better than anything I’d planned for. The characters become real people, with emotions, desires, and character flaws. The stand up to me the way children stand up to their parents, asserting their rights and making their wishes known.

Tell us about your writing process.
I try to write every single day. I write a chapter or two until the first draft is finished, and then I go back and take it apart. Every chapter gets several revisions. The first set of revisions deal with plot, but the second set of revisions is all about fleshing out the characters, describing the scenery, adding pertinent historical detail, and tweaking the dialogue. By the time I’m finished, by manuscript is usually three times as long as the original draft.

For Fiction Writers: Do you listen (or talk to) to your characters?
I have intense discussions with my characters, and most of the time, they tend to win. The know exactly who they are and what they want, and I’m forced to respect their opinions and take their wishes into consideration.

What advice would you give other writers?
My only advice to other writers is to be true to yourself. If something doesn’t feel right, then don’t do it. It’s your story, and you must be at peace with it.

How did you decide how to publish your books?
Since the consumption of e-books has exploded during the past decade, I decided that publishing kindle books would be a good way to start.

What do you think about the future of book publishing?
I think there will come a time when print books will be as rare as vinyl albums. There will still be people who love to collect them, but the majority of people will be reading electronically.

What genres do you write?: historical romance, modern gothic