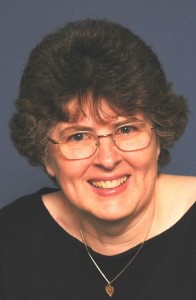 About Irene Vartanoff:
Award-winning author Irene Vartanoff combined her love of comic books and romances by working for Marvel Comics and DC Comics as well as Harlequin, Bantam, Berkley, and My RomanceStory.com. As a teenager, her letters to the comic editors caused such a sensation she was incorporated into the storylines of several comic books, notably, Metal Men and The Flash. Dubbed “Poison Ivy” at DC Comics, she received a new sobriquet when she became an editor at Marvel Comics, working closely with Stan Lee, who named her “Impish Irene.” Following a long editorial career in romance publishing, Irene turned to writing novels. A lifelong East Coast resident, Irene currently lives in a forest of tall oaks in the wilds of West Virginia.

What inspires you to write?
Inspiration is a curious thing. I take bits and pieces I encounter, and I weave them together to form something I hope is different from anything written before. It might be a story whose theme is common at this point in our society, or not, and I always hope that my mixture of elements produces something unique. I use real cities I’ve lived in, sometimes real buildings I’ve been to, and characters whose life experiences mirror or take off from those of real people I have met, known, or only heard about. I don’t know any movie stars personally, for instance, but so much is known about them that I feel confident writing about them believably. It’s fiction!

Tell us about your writing process.
I am what is known as a pantster, in that I do not have a specific plot outline before I start writing. However, I usually have settled on the geographical location where the story happens and the time frame from the beginning of the story to the end. For instance, at the outset I knew that Crisis at Comicon, the second book in my Temporary Superheroine series, would take place entirely during an extended weekend at the mythical comic book convention I placed in an equally mythical convention center that I put smack dab in Chicago’s downtown. I had no idea what individual events would occur during the weekend, but I did know I would have at least one chase scene, if not more. Beyond that, no idea. None. My characters often surprise me, and they did this time, too.

For Fiction Writers: Do you listen (or talk to) to your characters?
I don’t interact with my characters so much as listen to what they have to say. That’s how the man I intended to be the arch villain of my first novel, Temporary Superheroine, ended up being…somewhat different. That’s also why my main heroine in my women’s fiction novel, Summer in the City, spends an entire day sulking and giving up on her just-started love affair. Because she wanted to, and so she did. It was a big surprise to me that she even had a confrontation with her friend, but it happened. I don’t argue with my characters when they do this. I let them have their way.

What advice would you give other writers?
I always caution writers to respect themselves. That means don’t give away or sell for peanuts your precious work out of desperation to be published, and don’t sign on to be a worker for hire in someone else’s garden while neglecting your own. Many people say writing is a long game, and I agree. It may take time to find your voice. It may take time to find your audience. You still have to act in your own best interests at all times, just as if your first amateurish efforts are as valuable as your later polished projects. Because you know what? They are. Everything goes to build the writer you will become, and respecting yourself is the key.

How did you decide how to publish your books?
I decided to self-publish my novels because I realized the self-publishing paradigm had changed drastically in the past few years. I could get ebooks before a large reading public online for a quite small investment of money (and a huge investment of time, let it be said). Most important, I would not have to fill my garage with thousands of expensively printed books no one would ever buy. Self-publishing would no longer be the ruinous, soul-sucking failure it routinely had been in the past. As an additional bonus, an entire cadre of experienced editors who had lost their jobs in traditional publishing was available for hire to help me get my manuscripts into professional shape.

Then, there was the time factor, important to me because I am not going to live forever. Last year, I ran an experiment: I sent queries regarding my most commercial story to a dozen agents, the story I was sure had a “ripped from the headlines” appeal to a large audience. Six months later, I had finally collected rejections from all of them. In the meantime, I had published five books myself.

For me, creating my own short deadlines and then living up to them works. It keeps me focused and working hard. Submitting queries and manuscripts to agents and editors and waiting for their leisurely replies takes months and years, and the long drawn-out process allows me to slack off. Self-publishing is the right choice for me where I am today.

It may not be the right choice for every writer. Run your own experiment. Take your least commercial book, the one that has already been rejected a couple of dozen times, and see about self-publishing it instead of just putting it on a free sharing site like Wattpad. If you don’t have money, trade services with other writers so you get editorial help, and teach yourself or trade again for formatting and cover design. Everything involved in self-publishing, every detail, can be done by one person from a home computer. It’s that simple. Once you do it yourself, you’ll be empowered even if you decide you’d rather keep on querying and submitting and hoping to get contract offers the traditional way.

What do you think about the future of book publishing?
I truly have no idea what the future of book publishing will be. For today, people still want to read books, even on their phones. Maybe they won’t in the future. Or maybe all original content will be pirated to the point that only the big corporations that have the cash to hunt down hackers will bother to create content. Nah. I don’t think so. So what happens next? I have no clue. Right now, I’m having so much fun I’m not looking ahead all that far. Nor do I need to. I’m writing stories that are meant to be entertainment. I hope each has more than a kernel of truth in them. Will my stories be required reading in literature class a hundred years from now? Will there even be literature classes a hundred years from now?