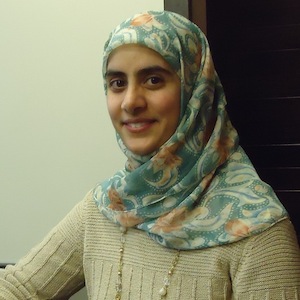 About Intisar Khanani:
Intisar Khanani grew up a nomad and world traveler. Born in Wisconsin, she has lived in five different states as well as in Jeddah on the coast of the Red Sea. She first remembers seeing snow on a wintry street in Zurich, Switzerland, and vaguely recollects having breakfast with the orangutans at the Singapore Zoo when she was five. She currently resides in Cincinnati, Ohio, with her husband and two young daughters. Until recently, Intisar wrote grants and developed projects to address community health with the Cincinnati Health Department, which was as close as she could get to saving the world. Now she focuses her time on her two passions: raising her family and writing fantasy. Intisar’s current projects include a companion trilogy to Thorn, following the heroine introduced in her free short story The Bone Knife, and The Sunbolt Chronicles, a novella serial following a young mage with a propensity to play hero, and her nemesis, a dark mage intent on taking over the Eleven Kingdoms.

What inspires you to write?
I’ve loved reading and writing since childhood. It isn’t so much a question of what inspires me to write, as what slows me down or stops me from writing. Stories are an integral part of my life. I can remember egging myself on to do better in gym in sixth grade, not by looking at my peers, but by thinking that one of the fictional characters in my head would have managed to do better, and so could I. Even when I’m not writing, the stories are there, waiting for my to lie down at night, or sit back on the couch with the TV off. Writing is that natural extension of loving these stories and their characters, and wanting to share them with others.

Tell us about your writing process.
I walk the middle of the road between outlining and writing by the seat of my pants. I don’t typically start a story until I’ve lived with the main characters in my head for a few months, listening to their conversations, and thinking about what makes them tick and what’s happening in their world. Once I’ve got a hold on who they are, I sit down and write a short synopsis–often no more than three or four paragraphs, outlining the bare bones of the story. And then I write.

This method works great in keeping me excited about my stories, making the first draft an process of discovery, while still having a framework in place to keep me going in the right direction. I’ve realized by now that I need to figure out setting before I write because that’s one of my shortcomings, and believe me, changing your setting during revisions can be extremely painful. Especially if you’re writing “diverse” stories and change which cultural milieu the story takes place in.

For Fiction Writers: Do you listen (or talk to) to your characters?
My characters talk to each other a lot through me. I’ll even do voices while listening to their dialogue (though I usually keep that for the shower!). Letting my characters actually speak gives me a great handle both on the rhythm of their conversations and on who they are. It also improves my ability to write dialogue. Naturally, these are all just excuses for why I do this–since my characters have been having conversations long before I was worried about the craft of writing.

What advice would you give other writers?
Write. Just keep writing. It’s okay if you have to take a week or month or year off. Just come back to it and concentrate on what’s in front of you. Don’t think about all the steps it takes to go from getting that first draft down to publishing: your goal is to share a story. Take it a step at a time and have fun!

How did you decide how to publish your books?
I spent a couple years searching for an agent, and got tired of it. I knew I had a good book, and I just wanted to share it with readers. By 2012, indie publishing was starting to get a good name, and I decided to just go for it. I wasn’t look for fame or glory or my books in a bookshop; I just wanted to put my book out there. I’ve been very grateful for how successful indie publishing has been for me, and have no regrets about it whatsoever!

As for advice, I think the key thing is to consider what you want out of publishing. If you really want to see your books in a bookstore, go traditional publishing. If you want more control over your book, including rights and cover images, go indie publishing. If you just want to share your book, go indie. Any way you go, you’re going to have to do the same amount of marketing. The only difference is the start up cost for indie publishing (which you can keep in hand–you most need a professional cover and proofread) vs. the advance from traditional publishers. Frankly, most first books don’t earn out their advance. I doubt my debut would have had it been traditionally published. But it wasn’t, and I was able to change marketing strategies and covers a few times, and I have far out-earned most traditionally published authors with one book under their belts. So yeah, no regrets.

What do you think about the future of book publishing?
I suspect in the long run we’ll see a lot more hybrid authors–authors who maintain their digital rights while selling their print rights. I also suspect that traditional publishers will wise up to the need to offer higher royalties on e-book sales to their authors (they’re already starting to do this), and that will bring a lot of strong indie authors into traditional publishing. But I do think indie publishing is here to stay, and I, for one, am grateful.

What genres do you write?: Young Adult, Fantasy