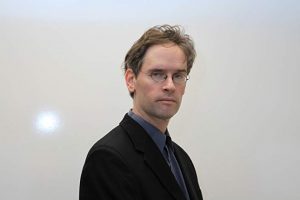 About Ian Worrall:
I am the author of the book No Remorse No Regret. It’s a book about a female contract killer. She was once a surviving victim of a serial killer who was inadvertently rescued by a member of the Russian Mafia. He trains her in how to be an assassin and then ten years later while she’s a vigilante taking out rapists and enemies of her rescuer the serial killer resurfaces and they hunt each other while the police hunt them both.

A little bit about me;

I recently have taken up archery and yoga. I also enjoy martial arts, weight training – useful for turning pages in a book (only joking of course) and playing drums. And my favorite band is Iron Maiden. Funny thing about that, every year when I was in grade school for music class we had to do a lip sync of our favorite songs. Everyone else did Chilliwack and Cool And The Gang, my friend and I were nine years old and did Run To The Hills by Iron Maiden. For a lot of the classmates it was the first introduction to heavy metal – freaked a lot of people out, especially when they said “hell” in the lyrics. Of course that was back in 1982/83 and today the word hell wouldn’t even raise an eyebrow.

The authors I enjoy reading are:

What inspires you to write?
It's something that I enjoy doing. I had given up on some other goals earlier in life and getting a book written and published was something I didn't want to give up on.

Tell us about your writing process.
I would say that I'm in between being a plotter and a pantser. That is I will start with an outline and if the story seems to go off in another direction from what I originally intended I will go with it.

For the main characters I will come up with a sketch, not so much for the secondary characters.

For Fiction Writers: Do you listen (or talk to) to your characters?
I will do an interview with the characters.

What advice would you give other writers?
Don't give up, keep writing. Invest in writing craft books like the Busy Writers series by Marcy Kennedy and the James Scott Bell books.

You can never stop trying to improve your craft.

How did you decide how to publish your books?
I self published the book. The reason for doing this is because it seemed the best way for me. It's hard to get in with a publisher. The hope is to sell enough books this way and possibly get the attention of a publisher

What do you think about the future of book publishing?
The self publishing will continue to grow, I doubt it would ever fully replace the traditional publishers, but what it might do is serve as a sort of farm system like what you see in professional sports where new independent authors learn their chops and pay their dues to get to a point where they get the attention of a major publisher.

What genres do you write?: crime thriller