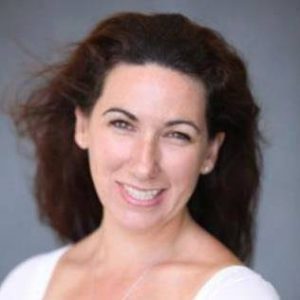 About Kirsten McKenzie:
For many years Kirsten McKenzie worked in her family's antique store, where she went from being allowed to sell the 50c postcards in the corner of Antique Alley as a child, to selling $5,000 Worcester vases and seventeenth century silverware, providing a unique insight into the world of antiques which touches every aspect of her writing.
Now a full time author, her historical fiction novels 'Fifteen Postcards' and its sequel 'The Last Letter' have been described as "Time Travellers Wife meets Far Pavilions", and "Antiques Roadshow gone viral".
Her first horror novel 'Painted' was released in June 2017.
She lives in New Zealand with her husband, daughters, and her SPCA rescue cat, and can be found procrastinating on Twitter under the handle @Kiwimrsmac.

What inspires you to write?
Initially I was inspired to write by the portability of the job. You can write anywhere. Throw a notebook and pencil in the car, bag, under your arm, and you can write anywhere.
Now I have too many stories tumbling over themselves in my brain – they all want to get out. Sadly they have to wait their turn.

Tell us about your writing process.
When I sit down to write a story, I start at the beginning. I may as well be typing the imaginary words 'Once upon a time…'. I start at the beginning, with no idea how it will end, and then I will forge ahead and write the story. As it progresses, I take inspiration from things around me, and what happens in my life. Even throwaway comments by my children may develop the story even further.

For Fiction Writers: Do you listen (or talk to) to your characters?
I'm more likely to talk to my cat to be honest. I have taken onboard some constructive feedback from a two star review on Amazon for my first book, where the reviewer called one of my characters a 'Bubblehead'. That one piece of feedback has been completely invaluable in the development of my future characters. Best two star review ever!

What advice would you give other writers?
I subscribe to Stephen King's school of thought. Write everyday and read everyday. And don't stress about whether you've written ten words or a hundred or a thousand. Every word written is one word closer to the end.

How did you decide how to publish your books?
My first two books were published through a publisher in the United Kingdom. For my horror novel Painted, I wanted to try the Indie route given everything I've learnt since my first book was published in 2015.

What do you think about the future of book publishing?
I think the quality of Indie published books is now on par with traditionally published books. Yes, too many poor covers are still being churned out, but the scales have tipped. I personally don't check who the publisher is when I choose a book to read – either an ebook or a physical book

What genres do you write?: Horror, Historical Fiction, Time Slip