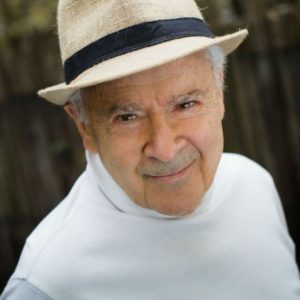 About Howard Eisenberg:
My name is Howard Eisenberg, I’m an author, playwright, journalist, songwriter. An inspiration to my publications, my wife wrote the amazing What to Expect When You’re Expecting parenting books sold millions of copies! I wrote children’s books as an extensive tribute to my wife’s books, here are my books:

Award Winning Author Howard Eisenberg is the youngest 90 year old author, playwrite, producer, director, Howard’s written 10 books, a musical, a film, magazine articles for major press, been reviewed by the New York Times, Sports Illustrated, Parade, Baby Talk, his wife wrote the bible of parenting What To Expect When You’re Expecting, a tsunami of a book which gave Howard the motivation to put the pedal to the metal described in this incredible LinkedIn profile.

What inspires you to write?
Well, I can thank my wife for that. Breast cancer stole Arlene away 14 years ago, but she’ll always be my muse. Somewhere around 1990, we were on a book tour to Australia and New Zealand for her “What to Expect When You’re Expecting.” (Her publisher had bought her a first-class plane ticket, but she traded it in for two coach seats so I could keep her company.) Then, while she was doing interviews in Melbourne, I visited its zoo and took notes about the animals for a book I had been thinking of writing about the world’s best zoos. On the long flights home with nothing special to write home about, I decided to write and mail Guess Who postcards to our six grandchildren. So at 30,000 feet, the idea for a Guess Who Zoo book was born.

Tell us about your writing process.
I wanted to do something unique — rhyming books that wouldn’t just give kids facts about animals, but would be guessing games as well. Why In rhyme? Because educators agree that rhyming books — from Mother Goose to Dr. Seuss — make reading, so they encourage children to want to read more. Sort of an escalator that takes them from fun books upward to prose books. I wrote clues to the animals’ identities into every line of the poems and left the last word blank. That allowed them to guess the animal’s name and get a feeling of achievement along with the fun. There’s a Guess Who Zoo CD, too (for anyone who still plays CDs) with lively music that’s fun for little kids who haven’t learned to read yet.

What advice would you give other writers?
There are a lot of bloggers out there doing darned good journalism without any help from me. Ordinarily I suggest things most already know — buying a good book or two on free-lance writing or taking a community college course. But I do have a timely late-breaking news suggestion. I’ve been a part of the 1,200 member American Society of Journalists and Authors (ASJA) for almost 60 years. Writers, both aspiring and already successful will be coming to its 45th Annual Writing Conference in NYC from all over the country May 20-21. It’s not too late to register at asja.com. It would take another 500 words to describe the 35 instructive sessions, the one-on-one meetings with editors, agents, and publishers, and individual mentoring sessions. Assignments sometimes happen on the spot, and it’s not too late to learn more and to register at asja.com. I’m still attending and learning.

How did you decide how to publish your books?
I didnt want to be like Dr. Suess who was rejected by 27 publishers before Dr. Suess found a publisher. So I decided to do it myself, with today’s technology, I was able to reach my audience of readers with the Internet.

What do you think about the future of book publishing?
My wife was my muse. When she read poetry to our grandchildren, she always paused to let the kids guess the rhymes. So when I started writing the Guess Who Zoo – that happened when I was on a book tour with her in Australia and wrote animal postcards to our grandchildren –I decided to write clues in every line and leave the last word in the poem blank for them to guess the animal’s name. I’ve done the same for Guess Who Farm and Guess Who Neighborhood.

What genres do you write?: poetry, children, parenting, inspirational, humor