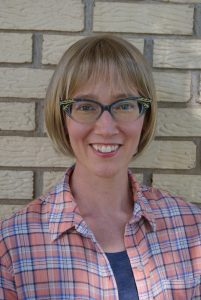 About Holly Schindler:
I'm an author of books for readers of all ages–the young in years and young at heart! My previous works for children have received starred reviews from Booklist and Publishers Weekly, appeared on Booklist’s Best First Novels for Youth, PW Picks, School Library Journal’s What’s Hot in YA, and B&N’s 2016 YA Books with Irresistible Concepts and Most Anticipated May 2016 YA Books. My YA work has also won a Silver Medal in ForeWord Reviews Book of the Year and a Gold Medal in the IPPY Awards. My MG work is critically acclaimed as well, having made the master lists for several state readers’ awards, including this year’s Oklahoma Sequoyah Book Award and Missouri’s Mark Twain Readers Award, and has been chosen for inclusion in the Scholastic Book Fair.

What inspires you to write?
Everything. Literally. I have an entire filing cabinet of book ideas!

Tell us about your writing process.
I have the luxury of being a full-time author, so I usually spend eight solid hours a day writing. Definitely an outliner. And I love Scrivener–can't imagine writing a book without it. I'm constantly learning about the craft of writing; just as frequently as I can be found with my nose in a novel, I can be found reading a new non-fiction book on plotting techniques.

For Fiction Writers: Do you listen (or talk to) to your characters?
I certainly try to. Even though I'm an outliner, there are times when things just aren't working. You're trying to get a square peg in a round hole. That's usually the point at which you need your characters to start telling you what's wrong. When I was writing my YA PLAYING HURT, I had to take a step back and listen to my characters when I got the suspicion that there wasn't enough going on. That's when my characters told me they were athletes–and a healing subplot was born! I now can't imagine the book without it.

What advice would you give other writers?
Just keep plugging away at it. Every single day. Every author gets there eventually. The only ones who don't are the ones who give up.

How did you decide how to publish your books?
I'm a hybrid author, so I've published through traditional houses as well as on the independent platform. The line between indie and traditional is no longer the line between good and bad; some books just don't fit the traditional publishing agenda. That's when indie publishing shines.

What do you think about the future of book publishing?
Indie publishing has been incredible for genre fiction (mystery, romance), and now I'm anxious for literary and experimental works to really find a solid place in indie as well.