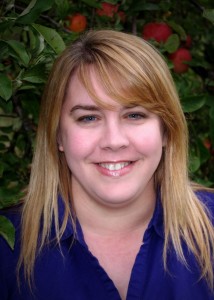 About Heather Young-Nichols:
Heather Young-Nichols has been writing since she was little. After a life hiatus from all things fun, she returned in full force and hasn’t stopped since. It’s unusual to find her without her computer, a book or her kindle unless she’s spending time with her family. And the real fun comes out during baseball season. Then, all bets are off. Heather grew up in Saginaw, Michigan and graduated from Saginaw Valley State University with a degree in Sociology. Although she’s currently living in the country, she’s always been more of a city girl.

What inspires you to write?
Anything. It’s random. It can be something I see while writing at Barnes and Noble to a news article or a Fall Out Boy song or even something that actually happened to me. By the way, all of these things have turned into stories that are in various stages of being written.

Tell us about your writing process.
I totally fly by the seat of my pants. When I start to write a story, I have a basic idea of where it’s starting and where it’s going to end up. I might even know a few of the things that are going to happen along the way. But I never have an outline or anything more than a basic story idea.

So, when I write a first draft, I’m just along for the ride. Trying to force the story in a certain way or force the characters to do something just never works. It’s their world. I’m just writing in it.

For Fiction Writers: Do you listen (or talk to) to your characters?
I always listen to my characters. I have tried to make them do some things that I thought would be funny or interesting and they end up saying “Nope.” So I stopped doing that.

I listen to them in my head and play scenes out there as well. Once in a while I stand in front of a mirror and give the speech my character is going to give so that I can see how someone might gesture during it. That might be embarrassing to admit but it happens.

What advice would you give other writers?
Every writer says the same the same thing…write. Just write. If you have words on the paper then you’re ahead of the game. It doesn’t have to be good and it definitely isn’t going to be the final product but it’s something. Never stop writing. Every story is going to be better than the last. Don’t be afraid of learning the craft. And then don’t be afraid to throw out the rules if your story calls for it. Trust the story.

How did you decide how to publish your books?
For established authors or new ones, I say, never rule anything out. Know your story and what’s going to be best for it.

For me, I wanted to try the “traditional” way and I’m glad I did. There was so much to learn, basically I knew nothing before so self-publishing would have likely been a disaster for me. I am going to self-publish in the future, I’ve always known that. I like the control you have when you self publish. But I got luck and was offered a deal with my first book that I liked so I took it. Same thing with the second series.

But, when you try it the “traditional” way and get great feedback, use it. Whether you agree with it or not, whether you decide to make changes or not, use it. Use it as a way of looking at your manuscript in another way, from a different perspective. Then use what you agree with and toss the rest. Self-publishing isn’t just for people whose stories “weren’t good enough” for the traditional way. They are just different avenues to achieve our dreams.

What do you think about the future of book publishing?
Hmmmm….this is a tough one to answer because I still feel like such a newbie. But I think the self-publishing craze will even itself out. With the surge and ease of self-publishing, a lot of really bad books (content and editing) made it onto the market giving indies a bad name. That’s going to become much less of an issue, I think. I also think that the surge of ebooks will subside (it already is from what I’m reading) and actual books will make a big comeback sales wise.

I love my Kindle but I love the feel and smell of books on paper.

In the end, the book industry is reader driven and we adapt to whatever readers decide.