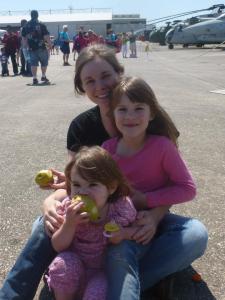 About H. L. Burke:
Born in a small town in north central Oregon, H. L. Burke spent most of her childhood around trees and farm animals and was always accompanied by a book. Growing up with epic heroes from Middle Earth and Narnia keeping her company, she also became an incurable romantic.

An addictive personality, she jumped from one fandom to another, being at times completely obsessed with various books, movies, or television series (Lord of the Rings, Star Wars, and Star Trek all took their turns), but she has grown to be what she considers a well-rounded connoisseur of geek culture.

Married to her high school crush who is now a US Marine, she has moved multiple times in her adult life but believes that home is wherever her husband, two daughters, and pets are.

She self-published her four part fantasy/romance series “The Scholar and the Dragon,” followed by YA Steampunk Fantasy “Beggar Magic.” She is now working simultaneously on a children’s chapter book and an epic fantasy trilogy.

What inspires you to write?
I like to play with stories, with words, with ideas. When I was a kid, I’d invent complicated lineages for my stuffed animals and they had politics and family drama. Eventually I learned it was socially unacceptable to talk about such things for any great length of time, but if you put them down on paper, people were impressed.

Tell us about your writing process.
I write extremely skeletal outlines called “to do lists.” Something like: get kidnapped by bandits, escape using a sonic screwdriver, meet a strange little old man, have fun storming the castle.
It isn’t unusual for me to change several elements of that list, though, as I get into the story and start fleshing things out. However, I usually know the beginning and the end, and start writing to get my characters from one spot to the other.

For Fiction Writers: Do you listen (or talk to) to your characters?
I usually have one character who stands out as my idea man. If I get in a tough spot, I’ll let him/her talk for a while. Usually by the end of this ramble, I know what I want to do next.
I’ve also had characters start out good and end up evil because they were just annoying me.

What advice would you give other writers?
THERE ARE NO RULES! Except grammar, grammar is kind of important . . . and spelling and punctuation both have rules too, but usually with exceptions . . .hmm . . .

Just write what you want. Chances are there is someone out there who wants to read what you want to write. It’s just an issue of finding them, getting their personal information, and planting cameras . . . er . . . getting them to buy your books.

How did you decide how to publish your books?
I was at a point where I didn’t think I had time to take writing seriously, but I needed an outlet, so I started blogging. I began posting chapters of one of my fantasy novels on my blogs and a couple friends said, “This is great! Why haven’t you published it yet?”
I didn’t have the patience to mess with publishers and agents, and at this point, I assumed only my friends and family would buy it anyway, so I just haphazardly threw the book on kindle to share with my Facebook buddies . . . only to get a five star review from a stranger a few weeks later. I thought, “Hey, maybe I COULD do this for real,” and I started investigating everything I could about how to self-publish well, how to promote, how to format, how to edit, where to find a cover designer, etc.
I never really looked back. I like forging my own path. I don’t like jumping through other people’s hoops. I like to be the last word in all major decisions, and I like to start sentences with I like. So there.
I’ve learned a lot since my very amateur first publication, and I’m still learning, but people are reading and enjoying my books, so I’ve got the pay off I wanted.

What do you think about the future of book publishing?
Indoor plumbing. It’s gonna be big.

Seriously, what I love about this time in history is the realm of the talented amateur. Anybody, be they a musician, an artist, or a story teller, can quickly and cheaply distribute their art to as many people as they can reach without big financial backers or gatekeepers, and the market gets to decide.

What genres do you write?: I write fantasy. Mostly fantasy with a strong romantic element, but I also do some YA fantasy and even children’s fantasy. I love fairy tales and happily ever afters.