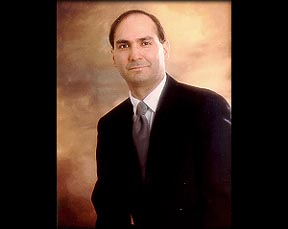 About Gustavo Florentin:
Gustavo Florentin was born in Queens, New York and received a bachelor’s degree in electrical engineering from the Polytechnic University of New York. He spent a decade in the defense industry working on the F-14 fighter jet and classified electronics projects. After the fall of the Soviet Union, many thought America wouldn’t need weapons anymore, so while others waited for the peace dividend, he moved on to the financial sector in New York where he is currently a network engineer. His passions include violin, travel to exotic places and exploring worldwide conspiracies. He lives in New Jersey where he is working on his third novel. His thriller, In the Talons of the Condor, won the following awards:
Second Prize–2014 International Latino Book Awards

What inspires you to write?
All my writing projects have to begin with a feeling. This is the fundamental motivator for writing the book, without which, I will not have the energy to keep on going for the duration. As for my subjects, I prefer conspiracies. I don’t particularly care for serial killer books, even though I’ve just written one, because the motive behind the killer’s heinous acts is the sheer lust for killing. This is simplistic. I think it’s far more interesting when rational men get together in a room and agree that this particular person has to die. There is a reason for it and the object of the book is to unravel those reasons.

Tell us about your writing process.
I attend writer’s conferences and this is one of the most common questions put to best-selling authors—and the answers may surprise you. I am an electrical engineer by training. It would never occur to me to build a circuit or a device without a circuit diagram and blue prints. So when I started writing my first novel, it was natural for me to outline. The outline is the architectural plan of the book. When completed, it reveals flaws, holes in the plot, and allows correction at an early stage of the writing process before hundreds of pages and hours have been committed.
When asked this question, some writers say they use a five-page outline, others develop a 150-page proto-book detailing every scene. But some will tell you that they don’t outline at all. That they want to be as surprised as the audience when they get to a plot twist. They would be bored writing off of a template where they already know what is going to happen next. God bless them, but I don’t advise it. Also, I can tell when an author is pretty much winging it. Coincidence crops up, implausibility abounds—all hallmarks of a writer who has not given long and careful thought to his story.
Surprising yourself does not imply surprising the reader any more than crying while singing a love song elicits emotion in the listener. Surprise in drama is very deliberate and premeditative and rarely the result of spontaneity. So unless you are a literary Mozart and can improvise brilliantly, I would suggest using an outline. Start with the pitch, the essence of the story, then write a one-page synopsis. Then an outline which may simply consist of a list of scenes without development. Keep in mind that for today’s thrillers, the chapters are much shorter than they were when The Godfather was written. Now you need six to ten-page chapters and the outline can assist greatly in establishing that rhythm. You can see how evenly distributed your plot twists and cliff hangers are and make adjustments so that all the tension is not concentrated in one section of the book while the rest of the manuscript is a snooze.
Did Michelangelo paint the Sistine Ceiling without drawings? Did Da Vinci paint the Madonna without sketching Her first? If an outline was good enough for those guys, it’s good enough for you.

For Fiction Writers: Do you listen (or talk to) to your characters?
I can’t say that I talk to my characters, but I do read the dialogue out loud at some point and this can filter out a lot of the clinkers.

What advice would you give other writers?
One of the platitudes of fiction writing is “write what you know.” Really? Do sci-fi writers know anything about Martians or the fourth dimension? Do thriller writers have personal experience in thwarting international terrorists? I say “write what you want.” If you don’t know something, it has never been easier to research it and in a matter of two hours, sound like an authority on a subject. Stephen Crane never fought in the Civil War, but he wrote The Red Badge of Courage.
The important thing is to write what compels you to write. First of all, write what you like to read. If you have never read a romance novel, don’t presume to write one. Read extensively in the genre you wish to write. Know what is overdone and hackneyed, something you can only find out by reading scores of books in that area. That passion will fuel you to dig into your subject and fill in the holes in your knowledge.
The Hunt for Red October was written by an insurance salesman, not a submariner. So thorough was his research, that Pentagon officials were stunned at the accuracy. With that book, Tom Clancy invented the techno-thriller. What if he wrote what he knew? What would the titles sound like? The Whole Life Caper. Mask of the Actuary. Co-payment. How would you like to curl up with those gems?

How did you decide how to publish your books?
My first book, In the Talons of the Condor, was self-published and very successful, critically. It won many awards. I wasn’t really able to leverage that to advance my writing career but I learned a lot about the writing process that facilitated the writing of my second book, The Schwarzschild Radius.

What do you think about the future of book publishing?
It is changing by the day. I think the Indie presses will become more dominant in the future. The whole self-publishing phenomenon has made putting a book out there much easier, however, it has also made promoting that book much more competitive because there is a sea of other titles and you somehow have to find a way of standing out.

What genres do you write?: Thrillers/Mysteries