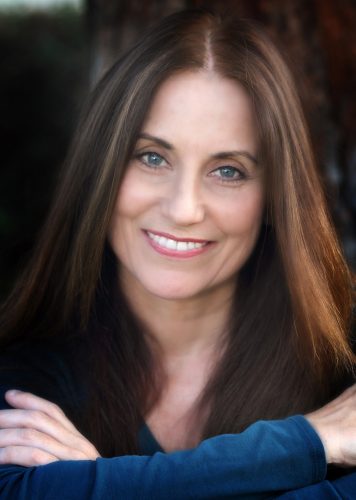 About Glynnis Campbell:
I'm a USA Today bestselling author of swashbuckling "medieval action-adventure romances," mostly set in Scotland, with 24 books published in six languages. But before I was a medieval matchmaker, I rocked in an all-girl band called The Pinups on CBS Records, did voiceovers for the MTV animated series, "The Maxx," Diablo and Starcraft videogames, and Star Wars audio adventures, and married a rock star. These days I love to transport readers to a place where the bold heroes have endearing flaws, the women are stronger than they look, the land is lush and untamed, and chivalry is alive and well!

What inspires you to write?
I'm inspired by everyone and everything that crosses my path! Whether it's a historical research article, a current event, a personal experience, or meeting a fascinating character, I've always got my antennae out for new ideas. What keeps me writing is the joy I get from sharing adventures with readers.

What authors do you read when you aren’t writing?
I like a wide variety of authors. I grew up on the historical romances of Jude Deveraux, Julie Garwood, and Tanya Anne Crosby, and I'm currently eating up Erica Ridley's stories. But I also love Dean Koontz's horror, Malcolm Gladwell's essays, and classic Ray Bradbury.

Tell us about your writing process.
I'm a cross between a plotter and a pantster (one who writes by the seat of their pants), so I guess I'm a plotster. I start with a premise and a rough outline of where I want the story to go, along with plot points, and I usually "cast" my characters in my head. But oftentimes they go off-script or I come up with a different idea halfway through the story, and I'm forced to bow to the whims of destiny. My characters start out a little blurry and become more fine-tuned as I write. I polish as I go, so there aren't a lot of drafts. By the time I write THE END, I'm pretty much done, except for a final read-through.

For Fiction Writers: Do you listen (or talk to) to your characters?
My characters talk to me–often in the shower. The most common thing they say is, "I wouldn't do THAT." They're always right. Sometimes I make the mistake of reverting to my own views and behaviors rather than theirs. Once I embrace their personalities, the story moves more smoothly and they stop complaining.

What advice would you give other writers?
Read, read, read! You'll always have your own voice as a writer, but it's important to have a starting point, to know what's out there, to see what's delighting readers. Then try as much as you can to get rid of the nasty critic sitting on your shoulder. Your first attempts need to be unfiltered and unfettered by criticism. There will always be time to polish and improve your craft, but not if your dreams have been ridiculed.

How did you decide how to publish your books?
I was first traditionally published by Berkley Books, Warner, and Hachette, but I was only allowed to publish one book a year, and my books would disappear from the shelves after a few months. When self-publishing came about, I was able to get my book rights back and write as quickly as I wanted. Now I publish all my own books. I love that my books have no limited shelf life, and I've been able to build a closer connection to my readers.

What do you think about the future of book publishing?
I think it's very hard to predict what formats and media will arise in the future, but I'm sure the world will always want good storytellers. After all, they've been here since the first cavemen swapped stories around a fire.

What genres do you write?: Historical Romance