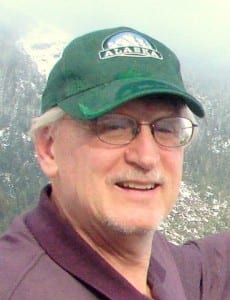 Author Bio:
Glen graduated from the United States Air Force Academy in Colorado Springs, Colorado, then earned a Masters of Business Administration at The University of Wisconsin at Madison. He served in the US Air Force on the Manned Orbiting Laboratory space exploration program and on the design phase of the development of the F-15 fighter aircraft. After leaving the Air Force, Glen returned to Wisconsin and became Vice President of the largest bank in his home state, First Wisconsin National Bank. In 1979, he moved on to become President and CEO of several real estate development and management companies. Glen retired in 2009 to devote full time to his grandchildren and his writing. Glen is the author of Honor and Innocence, We Had to Live: We Had No Choice…, and Thoughts From Yesterday: Moments to Remember.

What inspires you to write?
I was initially inspired to write by my English and literature teacher in high school. Miss Elizabeth Ritzman saw some potential I was not aware of, and encouraged me to be more than just an athlete, which is what my primary focus was at the time. Ultimately I received an MBA with an emphasis in Finance, but I found my writing skills to be very valuable over a 45 year career in business. Along the way I always yearned to write and began writing short stories and essays, particularly about family experiences.

When I retired, I was again inspired by an English and literature teacher, my wife, Dr. RuthAnn Hierlmeier. The combination of her encouragement and a statement I have heard many times about my birth family, “Someone should write a book about your family,” inspired me to do just that. . .“write the book”. I didn’t want it to be a typical ancestry book, but a very readable story that would captivate the interest of the primary audience, the extended family of thousands over five generations, increasing the probability it would be widely read within the family. The first book, We Had to Live: We Had No Choice was followed by a second, a compilation of essays, short stories, and poetry titled Thoughts From Yesterday: Moments to Remember.

The reception of my books has been very humbling and inspiring. Connections have been made with distant relatives who have tearfully thanked me for writing the books and who have found connections to the family they thought were long lost. Close family members, brothers, sisters, children and grandchildren have been enriched by the story of their ancestry and by the “moments” shared in the second book. Many have said when they began reading they could not put the book down. The heartfelt reactions of my readers is my greatest inspiration to continue writing.

Tell us about your writing process.
I spend as much time thinking about my books before I begin writing as I do writing them. I am definitely neither a “seat of the pants” writer or an outliner, except to the extent that by the time I begin writing I have a very well developed outline in my head. During this thinking stage, I do a lot of in-depth research of my subject which adds greatly to my thought process and gives my a lot of ideas. (If I am advising other writers, I highly recommend writing a substantial outline.) I test my mental outline by describing the book in detail to a few interested and knowledgeable readers in my inner circle, primary of which of course is Dr. RuthAnn, an avid reader and excellent editor, who provides the distinct advantage of being readily and willingly available to me.

I am most creative with a pen in hand, so I usually write longhand for my first draft, which I consider the second draft since I have the first draft in my head and have revised it several times mentally; some of my short stories and essays have been nearly complete on the first writing. I then transcribe the handwritten passage or chapter (I always write a passage or a chapter at a time) onto my computer which I find to be a very creative opportunity yielding substantial changes to the manuscript. I then carefully edit the chapter in Word. Then, it is finally ready for RuthAnn’s initial review. I emphasize to her that I am more interested in comments on content than on grammar and punctuation at that point. I find that it is better to get my thoughts written without interrupting the flow by checking punctuation or doing further research; those can be completed later, during editing.

What advice would you give other writers?
Find a process that works for you and go with it. There probably are not two writers alike. Write about what you are passionate about. The first writing doesn’t have to be the first line—start wherever your creative mind takes you and work from there.

Do not be deceived, the industry has evolved several times in recent decades and is continuing to evolve. Write because you love to write and don’t expect to get rich, at least not quickly. I doubt that a very high percentage of writers make a living at it. You have to spend a significant amount of time learning the business; there are many on-line sites available to join and learn. There are also many marketing organizations, often thinly disguised as independent publishers who will help you publish your book for a reasonable fee, then try to sell you their marketing services—go carefully into that arena. A little inexpensive test marketing makes a lot of sense before you commit any large amounts of money to sell your book; that’s just good business sense.

How did you decide how to publish your books?
I did an in-depth study of the industry on-line over a period of a year before I selected a publisher. I joined several writers sites and spend a significant amount of time reading the advice provided, which I often found to be very helpful. I learned early on that without an agent, I had no chance to have my books considered by a major publisher. (I also discovered that most independent publishers are owned by the major publishers.) For most new writers there is little choice but to publish with an independent publisher or to self-publish.

My first two books were published by an independent publisher, Xlibris. I am pleased with the printing and appearance of the books, and was heavily influenced by their pricing strategies. I think I got a very good deal from Xlibris. However, my current book, expected to be available by March 1st, Honor and Innocence: Against the Tides of War, will be printed by CreateSpace, an independent publishing platform, translated as, they are not a publisher, you are the publisher. I was attracted to CreateSpace primarily for two reasons, first, because they are owned by Amazon, and I expect Amazon is in the process of taking over the world, and second because I was convinced that they would not start pounding on me to purchase a marketing package. Oh, yes, a third reason, they price the books much lower and give a larger royalty.

After researching book publicists from coast to coast and from very large to single operators, I chose to use a publicist for my new book. The final selection came down to a choice between a very large firm with a great reputation to a single operator publicist. I chose the small firm—I like the personal contact and expect that she wants to succeed in this business as much as I do.

What do you think about the future of book publishing?
I expect the industry to continue to evolve; it has to. There has been an enormous amount of consolidation the past two or three decades, and the internet and eBooks have significantly changed the way people read. All the while, a smaller percentage of people are reading books at all. Pew Research group recently reported that adults who report that they don’t read even one book a year increased from 8% in 1970 to 23% in 2010. I expect there will be greater opportunity for writers to provide the enormous amount of content required by internet sites and the opportunities for book authors will continue to decline.

What genres do you write?
historical, romance, fiction