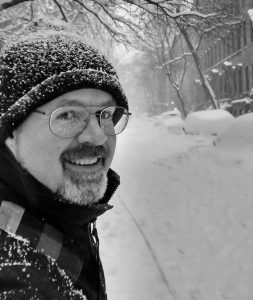 About Giorge Leedy:
I am a gay American writer, poet, and artist living overseas. I was born in Mansfield Ohio in 1962 where I mostly grew up in the country. I also lived a few years in the small Village of Bellville Ohio. Since childhood, I have been highly creative and overly adventurous.
In my early 20s, I served as a Yeoman in the Navy on the USS Ranger Aircraft Carrier. Following the military, I lived in various American cities working a variety of jobs.
Born Michael James Leedy, I began going by Gio Leedy in the mid-1990s while pursuing a career as an artist. To see my artwork and more, visit my homepage at giorgeleedy.com.
At 36-years-old, nearly 14 years after leaving the military, I rejoined the Navy and worked as a Yeoman on the USS Denver LPD-9. Following my second tour of duty, I amassed many more life experiences, travels, and homes across the United States.
At 42-years-old, I began pursuing writing as a career. Ten years later I published my first books, From Lust To Love and Little Star Big Universe- which I took out of print to rewrite. To Be His Life – When A Straight Man Strays is a major rewriting of my first novel From Lust To Love.
At 53-years-old, I began working in film under the award-winning filmmaker Jason DaSilva as a subject, writer, editor, cinematographer, and associate producer.
In 2018, at 55-years-old, I published To Be His Life- When A Straight Man Strays. This is the first in a three volume novel series. I also published Raven’s Poetry in 2018 under my pen name Raven Chandler. I additionally write under the pen name Spencer Chase, but haven’t yet published under that name.
I am currently single and living in the Philippines, but I also call New York City and Palermo, Sicily home.

What inspires you to write?
I love a good challenge. The fact that I started out as a poor writer and became great is inspiring. I am inspired whenever I take someone's poorly written material and turn it into something great. It is times like that that show me how talented I am as a writer. I love creating things out of thin air. As an artist, creations were fairly easy. As a writer, they are extremely complex. I guess I lean towards liking things that are more complex and challenging.

Tell us about your writing process.
I will start with a brief outline defining what needs to happen in each chapter to make the story work. Then I write organically, letting everything else happen as it may. I don't know how the story is going to happen because I am dealing with real personalities interacting and I have to be true to those personalities. I say real, because I use people I know when creating characters. I change them to fit the fictional character, but in a believable way. I create a lot in the editing phase. I can edit forever, but each new edit creates a better story.

For Fiction Writers: Do you listen (or talk to) to your characters?
I am always mindful of their origins. They are created from real people, so I am always making sure that they are behaving appropriately. I can definitely take creative liberties with their personalities- especially when writing humor- but they are always rooted in the original real person's character.

What advice would you give other writers?
If your are starting out, don't believe you are great, unless you are. Most people aren't in the beginning even though they think they are. I sucked when I started out and it took me years to improve. I was wise to study anything I felt that I needed improvement on. I needed a lot of improvement! Study and practice. Write and edit and edit and edit and… You get the idea. The real improvement comes from editing and reediting your own work. Make it better and better. If I had to start all over, I would have written something shorter than a novel and edited it over and over again- improving it till it was super. So much is learned in that process. It really is where I learned the most.

How did you decide how to publish your books?
I wanted to publish traditionally but when I went to do so I kept hitting a wall. Not a wall like people were rejecting me or anything, but a wall as in traditional publishing is dying. I saw the writing on the wall and went self-publishing. The hardest thing with this route is the marketing. Anyone who wants to be a writer, learn marketing. Do it early. Get a mentor. Take a job in it. Do whatever you can to learn marketing. It is majorly important and it is one of those things that keeps changing, so you have to stay abreast of what is new. What is working and what is not anymore. The world is changing faster than ever.

What do you think about the future of book publishing?
It is going all independent self-publishing.