You are here: Home / Interviews With Authors / Interview with Author – Fran Veal @franveal 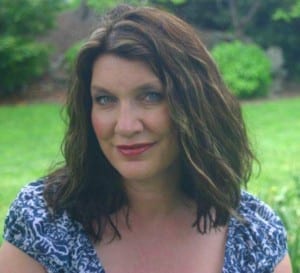 Author Bio:
Fran Veal fell in love with stories when her fourth grade teacher, Peggy Greer read stories like Charlie and the Chocolate Factory every afternoon after lunch. Her first attempt at writing stories was in the fifth grade when she began writing and drawing a cartoon for her friends. The drawing, to be honest, was terrible, but the stories must have been pretty decent because a friend recently informed her she’d kept some of them because “she always knew Fran would be a writer someday. Fran graduated to writing romance in ninth grade, which was more interesting and, no, there were no pictures (much to the readers’ relief).

Fran currently resides in the beautiful city of Murfreesboro, TN with her husband of twenty-seven years, fifteen year old daughter, and one extremely snarky cat.

What inspires you to write?
I’m inspired to write by all the wonderful stories I’ve read! I’ve always made up stories in my head (about a million of them), and I love getting them on paper. I’m encouraged to write more every time one of my readers contacts me to let me know how much they’ve enjoyed one of my stories. The rest is purely selfish – I’m inspired to write because I enjoy it!

Tell us about your writing process.
First, I have to have a bag of Hershey’s Nuggets with Almonds – and a pair of walking shoes to walk off what I’ve eaten. Kidding – kind of. I spend the great majority of my time in the story development and outlining stage before I ever write the first word of my story. I’ve got an author friend, J. J. DiBenedetto, who I’ll run ideas by, then I’ll put everything in my Evernote app – notes, pictures that inspire me, character and plot ideas – you name it. Then I’ll outline the story from beginning to end with as much detail as possible. The actual writing only takes me a month or two. Then I go into the second longest (and my least favorite) phase – editing.

For Fiction Writers: Do you listen (or talk to) to your characters?
I really do listen to and talk to my characters. I was writing my last book, and thought “this character has to die!” I killed him off, but then decided to completely rewrite the story, thus the character was spared. I’m writing the third book, though, so he isn’t out of the woods.

I don’t want to give too much away, but in my first book, one of my characters did a real number on me, completely taking me by surprise. If you’ve read the books, shoot me an email via my website http://franveal.com if you think you know who I’m talking about.

What advice would you give other writers?
I think this question has been answered so many times in so many ways. The best advice I can give is to educate yourself about EVERY aspect of the process from writing to publishing to marketing. I don’t think there’s an author out there who doesn’t envision themselves as the next J. K. Rowling or James Patterson, and maybe you are, but I believe that it’s important to know exactly what you’re up against in order to give yourself the best chance of succeeding.

How did you decide how to publish your books?
I chose to go the Indie route with my books for a lot of reasons, but I’d have to say that the biggest factor was the idea that I would have the final say in when and how the book was published and distributed. The publishing industry has changed so much in the past few years, and I’d advise any author to educate themselves on the pros and cons of both Indie and Legacy publishing. I think a lot of authors make the assumption that once their book has been accepted by a Legacy publisher, their job is over, but in reality, most mid-list authors (i.e. the majority of all authors) bear the lion’s share of the marketing and promoting of their books.

What do you think about the future of book publishing?
This is a very loaded question. The industry is changing on an almost daily basis. Amazon, the king of ebooks, now has it’s own Legacy brand, culling from the top sellers of the Kindle site. Bookstores are already on the decline with Borders closing, and from what I understand, Barnes and Noble is struggling to keep their brick-and-mortar stores opened. I really feel that the options are wide opened for those who are willing to work hard to publish the best book they can AND spend the time they need in order to make sure their book is promoted in as many venues as possible.

What genres do you write?
YA, Romantic Comedy, Nonfiction/self-help