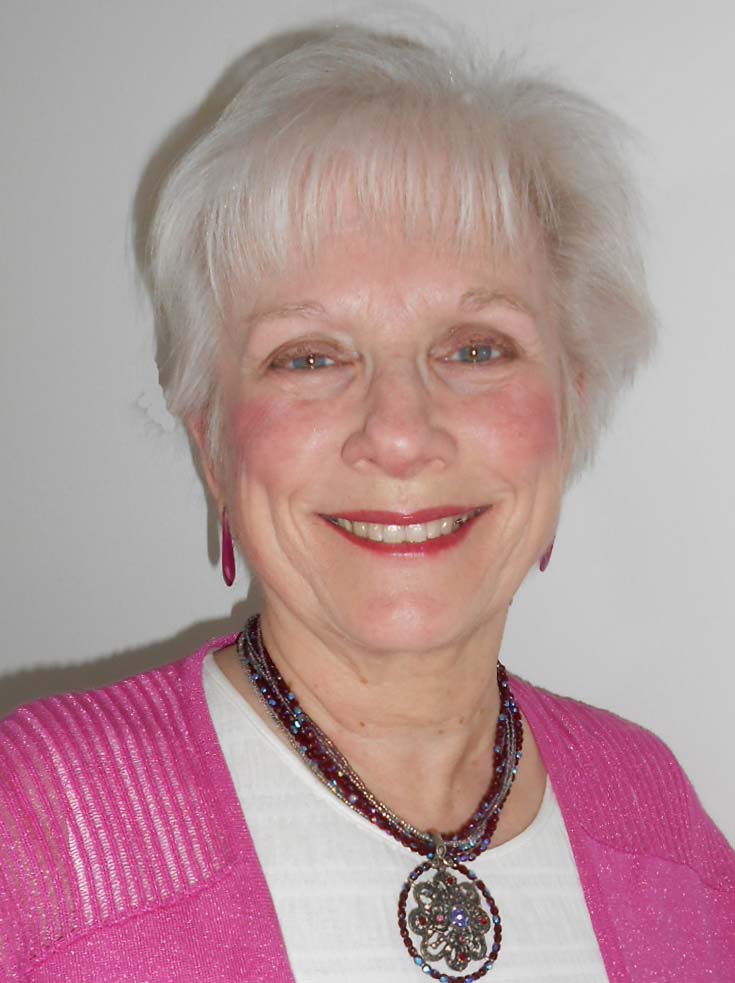 About Elaine L. Orr:
Elaine L. Orr is the Amazon bestselling author of the Jolie Gentil cozy mystery series. “Behind the Walls” was a finalist for the 2014 Chanticleer Mystery and Mayhem Awards. Annie Acorn Publishing will issue the first book in Elaine’s River’s Edge cozy mystery series in late fall 2015. Elaine also writes plays and novellas, including the one-act, “Common Ground,” published in 2015. Her novella, “Biding Time,” was one of five finalists in the National Press Club’s first fiction contest, in 1993. Elaine conducts presentations on electronic publishing and other writing-related topics. Nonfiction includes “Words to Write By: Getting Your Thoughts on Paper,” and several local and family history books. A member of Sisters in Crime, Elaine is a regular attendee at Midwest Writers Workshop in Muncie and Magna Cum Murder, in Indianapolis. She grew up in Maryland and moved to the Midwest in 1994.

What inspires you to write?
I loved to read as a child, thanks to parents who were readers. My Mother enjoyed a lot of mysteries, especially Mary Stewart and Phyllis Whitney, and would often comment on the books. They were her main form of entertainment — thanks to the local public library. Seeing her interest created mine, and I initially gravitated to books she liked. I read a lot of genres now, and a fair bit of nonfiction.

There is discovery in every book, not just mysteries. I loved “Pompeii” by Robert Harris and “Middlesex” by Jeffrey Eugenides. Favorite mystery authors are Sue Grafton, Margaret Maron, and M.C. Beaton. I like a lot of the earlier twentieth century mystery writers, such as Raymond Chandler and Dorothy Sayers. Their styles have a lot more internal dialogue than today’s writers use, and I’ve learned a lot from them.

I get ideas from everyday things. A lone real estate agent’s car in front of an open house makes me think the agent would be vulnerable to an enemy looking for an opportunity to kill her, a sour looking carnival worker makes me wonder who made him so angry. Having said this, it might seem unlikely that I inject a fair bit of humor in my cozy mysteries. I enjoy funny people, but not slapstick humor. It has to arise naturally from a situation.

What is life without laughter?

Tell us about your writing process.
I don’t have a set time to write, but I try to write every day. That said, I give myself permission not to write sometimes, so I don’t feel guilty for not doing it. Usually I start about ten AM and write into mid-afternoon, with a break for lunch or a snack. We live in an apartment now (after a recent move), so I’ll go to a coffee shop a lot of days. There are distractions there, but the dirty dishes aren’t mine. The staff at a local Starbucks (Freedom Drive in Springfield, IL) were so supportive I dedicated the eighth book of the Jolie Gentil cozy mystery series to them.

For Fiction Writers: Do you listen (or talk to) to your characters?
To be honest, I occasionally swear at them because they aren’t being funny or devious enough. I’m not one of those writers who say the characters speak to me. I try to develop series characters who are (to me) predictable, so their actions seem natural. I have taken characters in very different directions than originally planned. For example, the third book in the Jolie series was supposed to involve solving the murder of one of the characters, but I had grown to really like the character so didn’t create the murder. (Note I’m not saying if it was a man or woman!)

What advice would you give other writers?
It sounds trite to say, “Just do it,” but it’s so true. If you look for a block of time it will never come. Unless you are rich and living alone. Carry a three-by-five card to jot notes, and force yourself to write for fifteen minutes each day. I had a very busy first career and would write for an hour (or less) at night, and then print what I wrote to read before I slept. Some days it was a page, some days two or three. It was enough to give a head start when I did have more time.

How did you decide how to publish your books?
Let me be clear. I write to sell. I occasionally write a short story or essay for myself, but if I’m going to spend months writing a book, it has to make money. In the late 1990s I sent some work to agents and had some nice notes back, but no one took me up on a book. In the mid-2000s I started the Jolie series. I offered the first book to a couple of agents and am glad no one wanted to read it. I improved it about fifty percent as I wrote the second. By that time, self-publishing for ebooks was a viable option and I was in my late fifties. Reasoning that even though I was healthy I could be dead before a book came out, I tried it. It worked. After eight books in the series, I approached a publisher for a new series, and she took the work. Small publishers will look at work without agents, but you need to evaluate them closely. I picked Annie Acorn Publishing because it was clear they market a lot with their authors. If I had not self-published the Jolie books, I’m not sure Annie Acorn would have looked at the first River’s Edge book (which comes out in late fall 2015).

Self-publishing only works if you hold yourself to the same standards a publisher would. One way to do that is to put a first draft in a drawer for a month before you reread it. If you see lots of room for improvement, you’re a potential self-published author. Trade critiques of the second draft with other authors or friends who read what you do and are honest. Too many people are so impressed that you have written a book that they won’t tell you what stinks. You need to hear that. Even better is if you are in a critique group. Make sure members are people who write regularly, not hobby writers.

You’ll never hear me say don’t try to get a publisher. It’s simply hard because there has been so much consolidation in the industry. Never (and I mean never) work with a publisher who wants you to pay a fee up front. Most publishers want you to have an agent, and the same holds true. You can research publishers and agents through books such as “Writers’ Market,” but don’t think about that until you’ve written a book you are happy with. Nothing can happen until you write the best book you can.

In talks, I always say you only get one chance for a first impression. Keep telling yourself that if you are tempted to send an early draft to an agent or publisher.

What do you think about the future of book publishing?
As long as there are people willing to read there will be others who want to produce the books. However, it’s a faster-paced business environment now. Paper copies of books stay on the shelves only if they sell a lot, and a publisher can’t produce a book unless they think it will sell. They are the market experts. Note I didn’t say marketing experts. That’s mostly your job. If you aren’t willing to knock on the doors of bookstores and libraries or spend time on sites such as Goodreads interacting with readers, your books won’t sell.

Some writers talk about publishers as if they are demons who choose to promote books other than theirs and don’t provide prompt royalty statements. That can be true, but publishers only make money if they sell books, so they don’t try to deep-six yours.

I see ebooks as the best bet for making money because a publisher can promote your work without spending money on a paper copy. The problem for authors may be that a traditional publisher prices the ebook so high it does not sell well. I’m no expert, but I don’t see why a reader would pay $9.99 for an ebook when a similar one is available for $2.99. Frankly, I get expensive books from the library. I buy some ebooks and almost no paperbacks unless I intend to keep them (and I move a lot, so I don’t buy many). It’s readers who make decisions similar to mine that make it harder for authors to get to best-seller status with a traditional publisher.

If you see a “try self-publishing” theme in here, you would be correct. That’s why I give talks on and teach some online courses in self-publishing. It’s not for everyone, but if you write a good book, get it critiqued, and pay for a cover designer and copy editor, it can work. If you get a traditional publisher, don’t be a pain to work with. That’s a sure way not to get a second book deal.