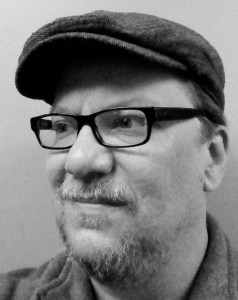 About E.H. Jones:
Eric Jones is a single father living in southern Indiana. He has always been interested in creative writing, but did not complete his first full length novel until his early thirties. Eric is a computer technician, and an avid reader of fantasy, sci fi, and horror novels, comic books, and the occasional pulp story. He is a movie buff, a fan of Doctor Who, and a trivia whiz on all things Superman. Totally aside from his writing aspirations, he also has a pretty decent singing voice.

What inspires you to write?
I’m inspired mostly by my daily life, and influenced a lot by what I read and watch. One of my big inspirations is my family, especially my son. My first novel (the only one currently published) was actually written just for him, and he encouraged me to publish it.

Tell us about your writing process.
My writing process is somewhat meticulous, and a little slow. I generally start with a scene that I might be inspired to write, and then build the rest of the story around that. I outline extensively, and then write scenes out of order, making sure to adapt my outline and timelines on the fly as creativity strikes.

For Fiction Writers: Do you listen (or talk to) to your characters?
I have been known to talk to my characters, but the main method I use to get to know them is by building fairly elaborate backstories for them. For major characters, these can be very extensive, and include things like diaries and stories from their perspective.

What advice would you give other writers?
Write what you love, write it often, and edit it until you can’t stand editing. And then, of course, edit some more. Always make sure to have other people edit for both content and error checking.

How did you decide how to publish your books?
When I wrote my first novel, and its sequel, I never intended to publish them. They were for my son. But he loved them, and encouraged me to try to publish them. I went the traditional route at first, and had an agent, but after working with the agent for a while, I started researching self publishing and it was too attractive to resist.

What do you think about the future of book publishing?
Traditional publishing still has a lot of life left in it, but indie publishing is growing too fast to ignore. Would I accept a publishing contract from a major publisher if offered? Almost certainly. But I also feel that authors today can be very successful on their own.