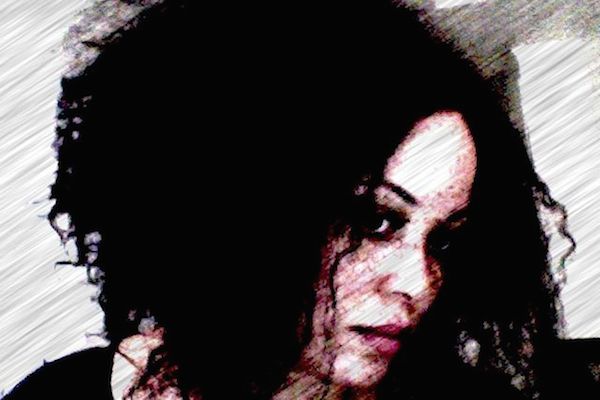 About Dina Haynes:
Dina was a late bloomer. She didn’t become a “reader” until one summer away from college, working at a failing video store in her home town, the East Bay Area of California. With several hours of downtime, she snuck her mother’s book, Pet Sematary, to work and found her imagination came to life with the creepy words on Stephen King’s pages. Back at university, she began to realize her own penchant for story-telling in an exchange that started with a close friend. Oddly enough, by the time she graduated with a degree in Sociology, she knew she wanted to become an actress, but her “B” plan (or maybe it was her “C” plan) was to someday write a book, or books if she planned to make any sort of living off of it. Something romance related, of course.

Flash forward 10 years (or more), when acting started to look more like a pipe dream, she picked up the pen, literally, and wrote her first book. A friend had introduced her to the Urban Fantasy genre and didn’t that seem apropos; elements of horror combined with everything she liked about romance. She is happy to pursue this passion while she keeps a few contemporary romance stories on standby.

What inspires you to write?
Usually people inspire me to write stories. And situations. Especially if I hear about someone going through a unique and trying time. I can’t exactly put a finger on it, but usually it’s something that sparks my interest, and then I imagine switching a few things to make it more interesting. Or it could be something simple, like a friend of mine was traveling on business and met someone after years of not meeting anyone in our hometown. Twist a few things here and there, and it has the potential to be a really romantic story.

Tell us about your writing process.
In my writing process, I lean more toward being a pantser. I have plotted before and found it helpful to keep organized that way, but my creative process likes leeway. The first thing I do is come up with the heroine, the hero, and the situation. No idea which actually comes first, but when I get to the people part, I take a bit of time getting to know who they are, where they are in their lives, and what they want out of life at the moment. Sometimes I get a vague idea of how they are going to fulfill that for each other, but I’m not sure how they will get there.

I write in first person and third person. The first person is always the character that I want the reader to identify with. Almost like it’s their story. Then, the third person point of view is to give you a glimpse into how the other characters feel. This might be confusing to some, but for some reason it makes sense to me. It could be something that I change in the future, but for now I’m going with it.

Once the character details are clear, I begin the story in the moments right before or during the event that draws the hero and heroine on the path to meeting. From there, the characters let me know how they get together, who their friends are that influence their decisions, and so forth.

The one time I plotted, I flushed the story out in fast-forward mode in my mind and then wrote an outline (more like a synopsis) based on that. Even then, some switches were made, like a sister turned into a brother in that book. And now he’s set up to have his own story. Crazy. I use Word because of the simplicity, but have also drafted in Scrivener. Scrivener is the writing software I recommend outside of Word. One of the perks is you can format fairly easily with it. A big money-saver if you self-pub.

For Fiction Writers: Do you listen (or talk to) to your characters?
I don’t always know what it means when people say they talk to their characters. For the most part, my characters talk to each other or themselves. I don’t exist in their world, I’m more like a voyeur. They show me pictures in my head of who’s around them and what their doing and saying.

What advice would you give other writers?
I’ve learned too much on this journey so far to put into a few words. I guess if I were to give one piece of advice, the most important thing is to read in your genre for research. Try to be well-read enough to understand the rules of your genre. But when you go to write, stay away from it. Not the rules, necessarily, but books in your same genre. You don’t want to be so influenced by someone’s writing that you mimic or copy. You want to know enough to grasp what differentiates your genre from others, and to know what makes good writing and bad writing. And then when you sit down at the blank screen, you want to let your creativity take over and carve out your own unique stories.

How did you decide how to publish your books?
For the first five years, I was on a strict traditional publishing route. Back then, self-pub was a four-letter word. You just didn’t do it unless you wanted to get weird stares and be made fun of behind your back. But, then, some brave people struck gold when eReaders started to become popular, and they proved that self-pub is a way to make not only some money, but a lot. It sounds simple written down like this, but in reality my mind was blown, brain matter splattered all over the nice carpet at an RWA convention a few years ago. I decided to self-pub right then and there. Cancelled my pitch meetings like that and have been liberated ever since.

What do you think about the future of book publishing?
I have no clue about the future of publishing. Now, if you want me to fantasize for bit… Hmm, looking into the mists of my mind… I see actual books becoming a novelty. I mean, I think we all probably see a future where everything is digitized and animated. I can see books digitally projected on walls for easy reading.