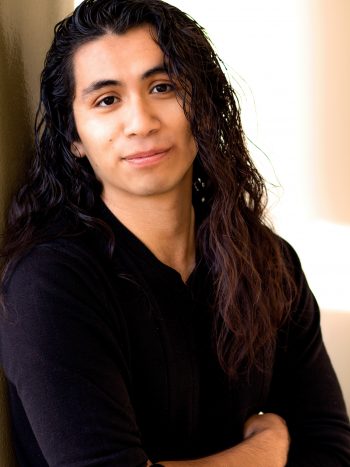 About Diego Ornelas-Tapia:
Diego Ornelas Tapia was born in 1994 in LA. He wrote Tame a Dame, his first book, and he's currently working on Void. A lover of adventurous and unique stories, he loves to read and write stories that blend multiple genres.

What inspires you to write?
Watching, listening to, or reading anything. Be it books, TV shows, films, video games, music, or observing the interactions between strangers. An idea can come from anywhere.

My other book Void came from the movie poster of The Dark Tower. It had Mathew McConaughey and Idris Elba, both with their backs turned around to the audience. They wore all black.

I had no clue what the movie was about but I thought to myself, "who are they?Brothers? Yes. Ok, where are they going? Some dangerous journey through space and time. Why? Idris' character is trying to bring his wife back from the dead and Matthew is along for the ride making sure Idris comes back in one piece."

What authors do you read when you aren’t writing?
George R. R Martin. I love how A Song of Ice and Fire is one big ensemble. Each chapter belongs to a character: Jon Snow, Tyrion Lannister, Eddard Stark. And each character’s chapter has their own story in which nothing is black and white. There are
no traditional heroes and villains and the world is brutal and merciless; love does not prevail in Westeros.

Tell us about your writing process.
I come up with a rough outline of the main plot and have an idea of where the story will go. However, this isn’t set in stone and I prefer letting the story unfold and giving the characters the reigns.

For Fiction Writers: Do you listen (or talk to) to your characters?
Yes. At the end of the day, it’s their story, not mine.

An example of this would be a fight scene in my story, Void. For no spoilers and simplicity’s sake, let’s name the characters, the good guy and the bad guy. The bad guy is a natural born killer who’s never lost a fight in his life. The good guy is a bodyguard.

The bad guy was supposed to easily kill the good guy and move on with the story, but as the fight progressed, something surprised me. The good guy was able to hold his own. And the bad guy was getting the challenging fight he’s been waiting for his entire life.

So,it’s like the bad guy told me, “this is it, Diego, this is my end. Don’t take that away from
me.”

What advice would you give other writers?
It's a cliche answer but keep writing. If you have an idea for a story that you feel great about, follow through with it, and finish the project. Don't worry about how the final product will look.

How did you decide how to publish your books?
I didn’t want to deal with the hassle and drama of pitching my story idea to a select few in a traditional publishing house. I prefer and love how much freedom self publishing gives the author. Is there more to learn? Yes. More responsibility? You bet. But is it worth it? Without a doubt.

What do you think about the future of book publishing?
I think there will be a lot more opportunity for self-published authors to get their book out to readers. And I hope there are more in-depth and organized ways authors can educate themselves on the business end of things. Like some type of school. In the distant future, I'm thinking of starting some type of organization to help out other authors.