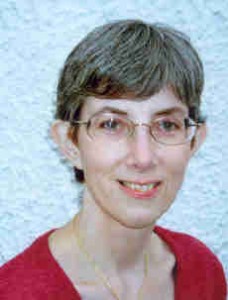 About Dianne Ascroft:
I write historical and contemporary fiction with an Irish connection and a smattering of romance thrown in. My new series, The Yankee Years, is a collection of novels and Short Reads, set in World War II Northern Ireland. After the Allied troops arrived in this outlying part of Great Britain, life here would never be the same again. The series weaves thrilling and romantic tales of the people and the era. I have also released a contemporary story collection, Dancing Shadows, Tramping Hooves and an historical fiction, Hitler and Mars Bars, a tale that evokes a little known episode in German and Irish history.

I started life in a quiet residential neighbourhood in the buzzing city of Toronto and have progressively moved to smaller places through the years. Since moving to Britain in 1990, I have lived in Scotland and Northern Ireland. I ultimately settled in rural Northern Ireland with my husband and an assortment of strong willed animals – I’m not sure whether cats or goats are most opinionated. If I ever decide to write my autobiography the working title will be ‘Downsizing’.

I’m an enthusiastic walker and love to explore the countryside around me. I also have a keen interest in the history of the county where I live. These interests sparked the idea for my historical fiction series.

What inspires you to write?
I’ve loved to read since I was a very young child. I also have an active imagination so I always have ideas and stories bouncing around in my mind. When I turned forty I decided to put my imagination and love of stories to use and try a new hobby: writing. More than a decade later I’m still at it – and maybe I’ve even improved a bit over the years.

Since we moved to rural Northern Ireland, from Scotland, around the turn of this century, I’ve been involved with my local historical society and also Fermanagh Authors’ Association, a group of writers who primarily write about local history. Through my involvement with these organisations, I’ve heard intriguing anecdotes and details about Northern Ireland’s role in the Second World War. When I realised how unique the province’s experience was I knew I had to write about it and The Yankee Years series was born.

Tell us about your writing process.
My life is busy, filled with time consuming routine tasks, and I struggle to find time to write. So I’ve found that if I set myself small writing goals (as little as 500 words per day) the story I’m working on will grow steadily and sooner than I expect I have a completed first draft. I tend to be a perfectionist and am inclined to go over and over what I’ve written, revising until I’m completely satisfied with it. Approaching my writing in this manner, I might never get to the end of a story so I’ve had to train myself to plot my story and then write the complete first draft before I begin editing. Once I have the first draft on paper, I begin the revision process, going over the material at least three times, checking for continuity within the story, improving the wording, correcting errors etc. A professional editor then edits the story and I make corrections based on her suggestions. Afterwards it goes to beta readers and I respond to their feedback before I do a final check.

Although I had to force myself to do it at first, I’ve come to love writing a complete first draft without stopping to revise it. If I’ve plotted the story well, it will flow. I see the story like a film in my head and I jot down what’s happening. It’s exciting to work this way.

For Fiction Writers: Do you listen (or talk to) to your characters?
I don’t actually talk to my characters but they do become real to me as I’m writing a story. I watch and listen to them. In my mind, I see them living in the environment I’ve created for them. It’s like eavesdropping on a parallel universe – one that I created.

What advice would you give other writers?
Learn the basics of the writing craft and keep learning throughout your career.
Don’t be afraid to put words down on paper or screen – you will edit and improve them later.
Know that a second pair of eyes is a necessity – always have your work edited by someone who has the skills to do so.

How did you decide how to publish your books?
As I was writing my first novel, I wondered how I should go about getting it published. I wasn’t sure whether I should approach traditional publishers or self-publish it. I did some initial research into each method but, in the end, I didn’t have to make the decision because I stumbled across a First Chapter contest, run by a self-publishing services company, advertised in an Irish magazine. I entered the contest and, I was surprised and delighted when my novel won. The prize was a publishing package provided by the company. I found the experience of working with them a positive one. I liked having considerable input into the cover design, book layout, and marketing so when my next book was ready to release, self-publishing was my choice. Over the years I’ve gained knowledge and skills and now publish my books independently, hiring my own cover designer and editor. That leaves me as the marketer.

What do you think about the future of book publishing?
I think most people agree that there will be changes in the industry but I hope it will adapt rather than become obsolete. Writers have become less dependent on traditional publishing houses so I think the book industry needs to offer writers more – higher royalties, better marketing – in order to continue the relationship between them. It’s good to have more than one option and I would like to see writers have access to traditional publishers and the self-publishing route. Choices don’t have to be black and white. There’s room for hybrid authors too and publishing houses need to adapt to these changes.

There has been a lot of debate about whether printed books will continue to exist or be replaced by ebooks. But it doesn’t matter whether a story is read on paper or a computer screen. The form isn’t important. A story unfolds and lives in a reader’s mind and as long as it can exist, that’s the important thing. Writers and the publishing industry have to find ways to provide stories for readers.